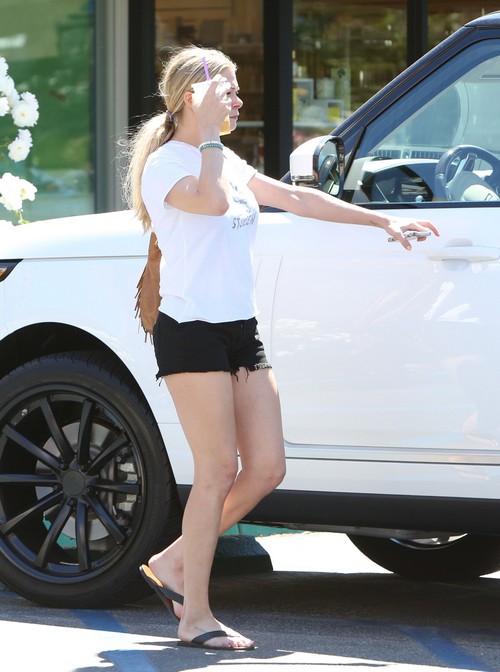 LeAnn Rimes just doesn’t know when to give up, does she? It’s almost as if the more famous Brandi Glanville gets, the more bitter, jealous, and vocal LeAnn gets. Even though there was a big lull in their feud over the past few months, it looks like LeAnn couldn’t let this opportunity to pass her by. When Huffington Post published an article on Mother’s Day being a battle between the mothers and the stepmothers, LeAnn tweeted, “Mother’s Day vs. Stepmother’s Day: Who Owns It? via @HuffPostDivorce Happy Sunday I really appreciate this article.”

Obviously, she’s referring to the fact that she is the stepmother, and Brandi is the ‘mother’, and that she and Brandi are forever locked in a battle of wills. This is further exemplified by the fact that they can’t even let a few months pass without making some sort of snide remark about each other. Regardless, even if LeAnn and Brandi reached some sort of temporary truce for a while, their past has clearly been weighing on LeAnn’s mind – a.k.a. the tweet.

Perhaps LeAnn feels like she’s being overlooked? Perhaps she wants to prove that she’s just as good of a mother as Brandi is? Maybe she just wanted to bring the attention back to herself, considering that Brandi’s been at the center of the media storm for the past few weeks [courtesy of the Real Housewives]. It’s always been obvious that LeAnn feels very insecure about her status as Eddie Cibrian‘s wife and the stepmother to his children, thus all the paparazzi-approved photo ops with the family. But is she willing to share Mother’s Day with Brandi, or is she going to monopolize the kids’ time? Let us know your thoughts in the comments below.