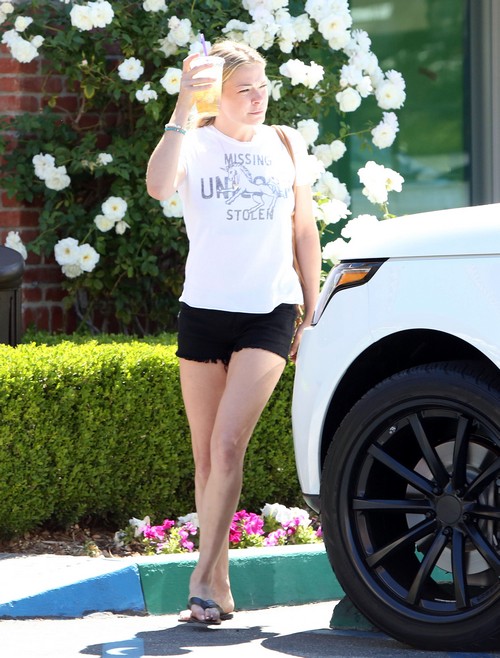 LeAnn Rimes is obsessed with getting pregnant, and she’ll clearly stop at nothing to make it happen. At least, that’s what we’ve been led to believe with this recent spate of reports on the subject. Apparently, LeAnn’s so worried about her future with hubby Eddie Cibrian that she’s taken to freezing his sperm – you know, just in case.

A source tells Star Magazine, “She’s afraid something unexpected might happy to render Eddie incapable of fathering another child, so she is storing his sperm as a backup plan.” Um, yeah, more like she’s afraid that Eddie will dump her and move on with someone else. This way, she’ll have leverage over Eddie and she can make him stay with her forever and ever and ever.

LeAnn’s ‘friends’ seemed to have reached the same conclusion, with Star’s ‘source’ adding, “She might be preparing for the day Eddie dumps her. Getting pregnant would be the perfect way to get him to stick around.” Geez, some friends, selling her out like that. I mean, it doesn’t take a rocket scientist to figure out LeAnn’s long-term game plan with all that sperm, but what kind of friends would reveal that to a tabloid? Does LeAnn even have any legitimate friends, or are they all just users who’ll leak everything to the tabloids as soon as they get a chance?

Either way, it’s a creepy move on LeAnn’s part. Plus, there’s really no guarantee that Eddie would stay with her even if she was pregnant with his child. Brandi Glanville has two kids with Eddie, but that didn’t stop him from cheating on her and leaving her, did it? Yeah, LeAnn better think twice before she uses that sperm.