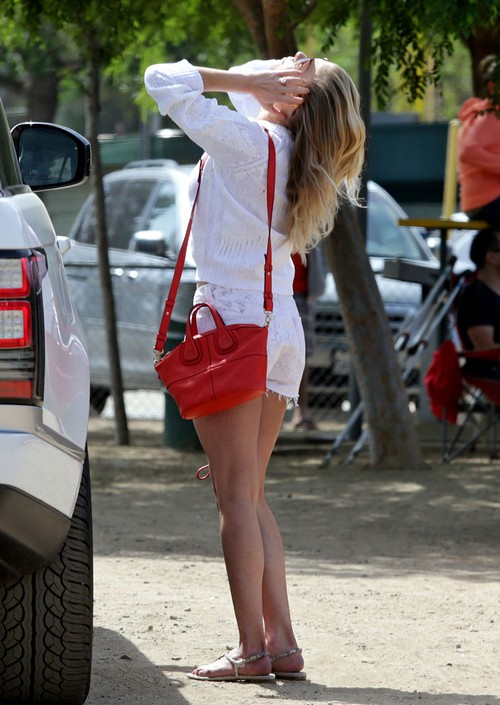 LeAnn Rimes and Eddie Cibrian have been married for nearly three years now and to hear her tell it, life is just fantastic. She and Eddie have both mentioned how much she wants to have a baby girl but LeAnn still isn’t pregnant and it’s not exactly a mystery why. LeAnn has all but given up her career and life in order to watch Eddie like a hawk to make sure that he doesn’t stray. According to the April 7th print edition of Star Magazine LeAnn also realizes that Eddie cheated on his first wife, Brandi Glanville when she was pregnant with their son.

LeAnn knows that Eddie likes his women stick thin and since he has already cheated on one pregnant wife he would probably cheat on her then too. It’s just one more way that LeAnn has chosen to put her life on hold for this clown and the reality is that Eddie is probably cheating right under her nose. She can’t be barnacled to his side nonstop and Eddie seems to get a real rush from not getting caught so I have a hard time believing that he has been behaving himself for the last 3 years.

While it sucks to think that LeAnn is foolish enough to chose a man that she can’t trust she may have more common sense than I previously thought. Sure she thinks nothing of lying and being a home wrecker but at least she is smart enough not to bring another child into this dysfunctional mess. Will LeAnn eventually get pregnant or will this marriage come crashing down first? Tell us your thoughts in the comments below!