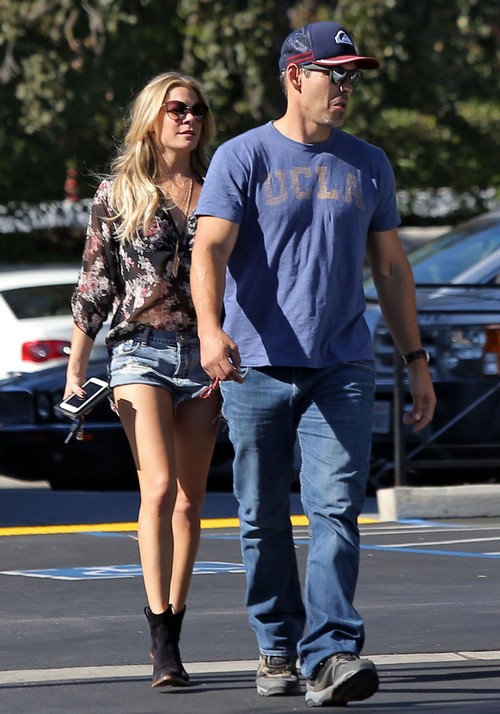 Despite divorce rumors LeAnn Rimes and Eddie Cibrian continue to claim that everything is just perfect in their marriage. Yeah, speak a little louder LeAnn, maybe the people on the other side of the world can’t hear you.

My Hollywood theory [which especially pertains to famewhoring reality stars] is that the more they protest something, the more it’s true. LeAnn and Eddie have been ‘reassuring’ their fans about their marriage for about a year now, and I think that’s exactly the amount of time that their marriage has actually been in serious trouble. I mean, it was always a doomed enterprise, what with Eddie’s clear indifference towards his wife and LeAnn’s obsession with fame and fortune. They stuck together to make their VH1 show [the innovatively named LeAnn and Eddie] work, but the minute the ratings started dropping, they stopped caring.

Well, let me rephrase that – Eddie Cibrian stopped caring, and LeAnn Rimes started caring too much. She’s been giving interview after interview, and arranging pap photo after pap photo, and for what? Just to prove that she and Eddie Cibrian are fine. Does anybody even care?

For the two people out there that do care, here are LeAnn’s thoughts about the possibility of divorce: “Eddie is my soulmate – he and I completely get each other. We’re opposites – I want to go shopping; he wants to ride dirt bikes – but we bring out the best in each other. Divorce is not an option for us. Obviously if something horrible happened, I would have to take care of myself, but I don’t see that happening.”

Uh-huh. Well, divorce is not an option until Eddie’s found a wealthy Beverly Hills housewife that will pay for all of his ‘dirt bikes’. Right now, LeAnn Rimes is it. But once he finds another one? Bye, LeAnn Rimes, welcome to Brandi Glanville 2.0.

What do you guys think? Will Eddie Cibrian and LeAnn Rimes get a divorce? Let us know your thoughts in the comments below.