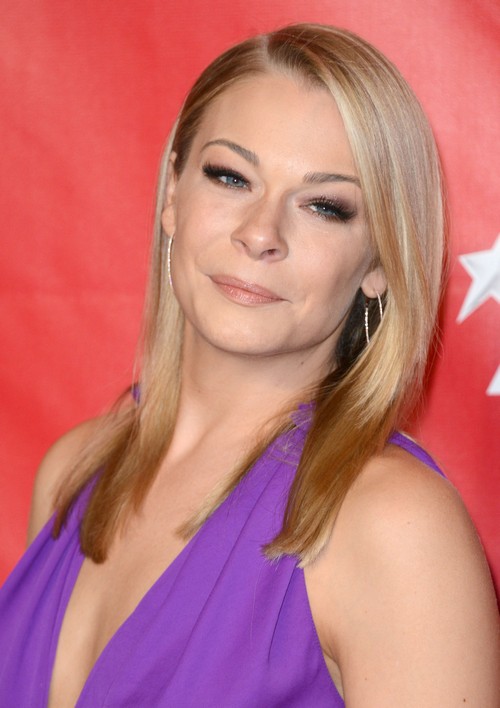 LeAnn Rimes has been fairly quiet on Twitter lately, have you noticed? Usually she’s ranting and raving about her nemesis Brandi Glanville. The fighting between these two has reached epic proportions and first began when LeAnn decided to hook up with Eddie Cibrian who was then Brandi’s husband. LeAnn has talked recently about wanting to have a baby with Eddie who also has two sons from his marriage to Brandi.

The couple showed up on the red carpet at a MusiCares event last Friday night and LeAnn wore a purple floor length gown that raised eyebrows for more than its plunging neckline. The occasional singer also appeared to be sporting a serious baby bump according to Celebitchy. Perhaps girlfriend is finally pregnant and this strange silence amounts to the calm before the storm that will no doubt roll in once Brandi finds out. Can you even imagine her reaction? Especially since being the mother to Eddie’s children has given her a bit of leverage in the whole messy triangle. I’m sure she’s not going to want to share that position with LeAnn.

How the heck will LeAnn claw her way through a pregnancy if she is indeed expecting? I mean she has issues with food, booze and lets her fear of Eddie cheating on her control her life. How crazy is she going to get if she’s 7 months pregnant and Eddie wants to go out alone for a gallon of milk? Will she keep it together and even if she does, do you see him being faithful? Tell us your thoughts in the comments below!