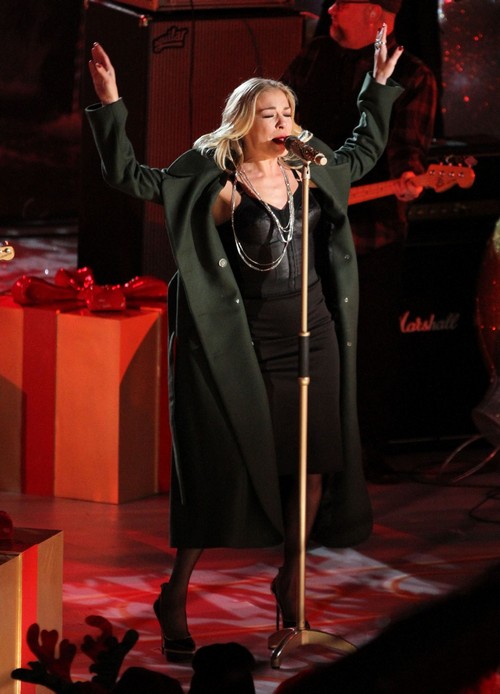 LeAnn Rimes divorce is on the way although the VH1 star is too proud to ever admit that her husband (whom she stole from RHOBH’s Brandi Glanville) Eddie Cibrian is cheating on her – but according to new reports that is the case… again, or still? Rumors have been running rampant all year that Eddie has “emotionally checked out” of their marriage and has been spotted with other women – a divorce looms, something which we all saw coming a mile away. However, LeAnn refuses to admit that she has now become the proud owner of a wrecked home, instead of the mistress doing the home-wrecking.

LeAnn Rimes infamously stole Eddie Cibrian after she met him playing his love interest on a made-for-TVmovie. Now, the tables have turned – and LeAnn is paranoid that she is going to lose her hubby to his new hot co-star. Although we’re not sure which she is more upset about, losing deadbeat Eddie – or the fact that the entire world is going to be laughing hysterically at her divorce when it happens. Eddie finally scored a paying acting gig on ABC Family’s comedy Baby Daddy, playing the love interest of 26 year old singer and actress Chelsea Kane.

According to the latest edition of OK! Magazine, Chelsea is around the same age that LeAnn was when she started hooking up with Eddie on the set of the movie they were filming together, Eddie’s blond co-star is rattling LeAnn and it’s a serious case of deja-vu. The magazine’s insider explains, “Chelsea is LeAnn’s worst nightmare. She’s young and hot and she’ll be kissing her husband. Eddie is hoping that LeAnn can rein it in, if he hits the mark he could become a regular. He doesn’t want LeAnn to ruin this opportunity for him.”

So, do you think history will repeat itself and Eddie will be cheating on LeAnn with his new co-star Chelsea Kane? Do you think Eddie will even get a chance to cheat – or will LeAnn manage to get the plug pulled on his new gig before he even makes it on the screen? Let us know what you think in the comments below!