Leonardo DiCaprio and Toni Garrn Move In Together in NYC 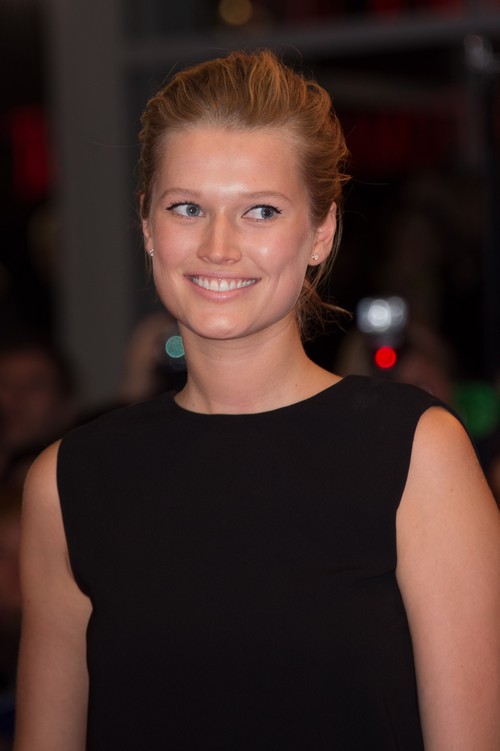 Leonardo DiCaprio and Toni Garrn have reportedly moved in together, marking yet another romance in Leo’s life that will end with him kicking the girl out. Because really, who thinks that Leo and his 21-year-old girlfriend will last? I suppose that in the wake of the George Clooney engagement news, Leo might be feeling some pressure to put his head down and get engaged – but getting engaged to a successful age-appropriate lawyer and getting engaged to a barely legal supermodel are two very different things.

Anyway, a report from In Touch Weekly suggests that Leo recently sold his bachelor pad and bought another apartment in the same building in New York City. Apparently, he invited Toni to move in with him, and the couple has been living together for the past few months. A ‘source’ tells In Touch, “Leo bought the apartment [in March] and quickly moved Toni in there with him. It seems like they’re really enjoying living together.”

Well, of course they’re really enjoying ‘living together’. As a successful actor and producer, Leo works maybe three/four months out of a year, and he’s taking a long break right now after having filmed and promoted three movies in a row. Toni, as a supermodel, also has an erratic work schedule, but she’s also allowed to take time off whenever she doesn’t have a show or a shoot – and I guarantee, that’s a lot of the time. Basically, you have two attractive people [subjective in his case] who are rich and have a ton of time off – obviously they’re going to have fun if they’re living together. But with that said, who sees this relationship actually lasting another year?