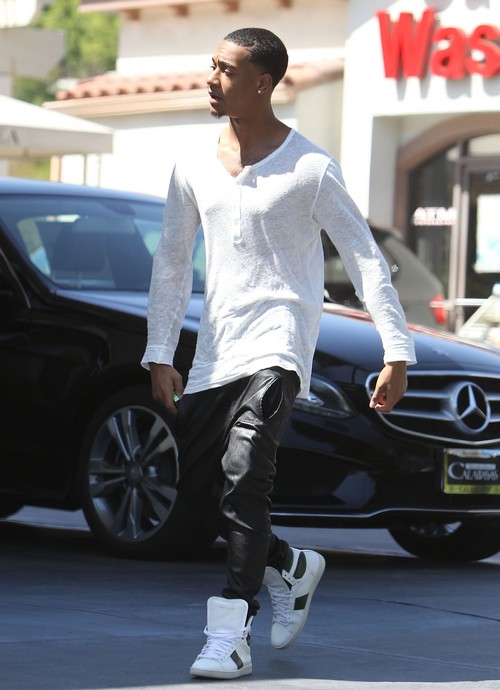 Oh man. Wasn’t Lil Za’s day bad enough already? I mean he awoke to the sound of 12 cop cars threatening to bust down the front door of Justin Bieber’s Calabasas mansion if they weren’t let in and before noon he was being arrested for a felony drug charge. There are conflicting reports over what exactly that white powder substance was, maybe cocaine, maybe molly. Either way, Za is in trouble.

According to TMZ, Za couldn’t hold it together while in jail. He was this close to making bail and completely lost his marbles, shattering a jail house phone. That, is technically vandalism and another felony that he is now being booked for. It takes serious skills to be arrested for two totally separate crimes within 12 hours, don’t ya think?

In all seriousness this clown is probably tweaking out of his mind right now. The cops busted him for whatever was in his possession but god only knows what other drugs Za may do. He has to be going through serious withdrawal by now, right? Ironically, flipping out while in custody may sound like almost an innocent outburst but vandalizing jail property is super serious. The rules change once you are on federal property and the punishment is extremely tough so Za is going to really regret that little mistake. I suspect he’s going to roll on Bieber in order to cut a deal. Will Za dime his friend out? What will Za’s lawyers advise? It’s one thing to be a big tough guy when in the safety and luxury of Bieb’s home but totally different when jonesing in jail and facing some real time. Tell us your thoughts in the comments below!