Lil Za Covering For Justin Bieber On Drug Possession Charge, Will He Reveal The Truth? 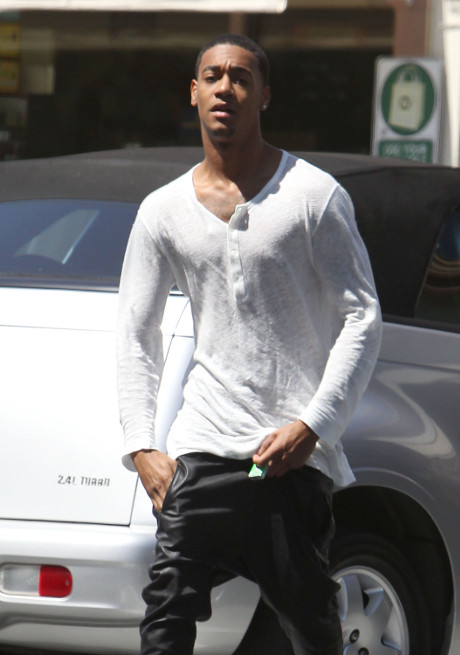 How far does a friend’s loyalty go? Lil Za’s friendship has already been tested to the limits by Justin Bieber, especially when Justin is so willing to throw his supposed BFF under the bus to protect his own skin. As we all know by now, there was a surprise police raid on Justin’s house this morning [as part of the police’s ongoing investigation into the felony vandalism case], and Lil Za was arrested for drug possession.

Now, it was Justin’s house and the investigation involved Justin – yet Justin wasn’t found with any drugs, but Lil Za was. It’s very, very possible that Justin once again threw Lil Za under the bus to protect his own skin, and Lil Za once again agreed to take the blame for Justin. I mean, Justin obviously doesn’t want to go to jail or get deported – that kid wouldn’t last five minutes in an actual prison, for all of his tough guy act. But he knows he has friends he can count on and take advantage of, and it’s possible he utilized that.

Either way, Lil Za’s now facing felony charges for something that may not have been his fault – and even if he was possessing the drugs, it was because of his friendship with Justin and his presence at Justin’s house that got him arrested. Will his loyalty to Justin hold out or will his sense of self-preservation kick in? Will he blame Justin for the drugs, or will he keep his mouth shut and risk possible jail time – or even worse?