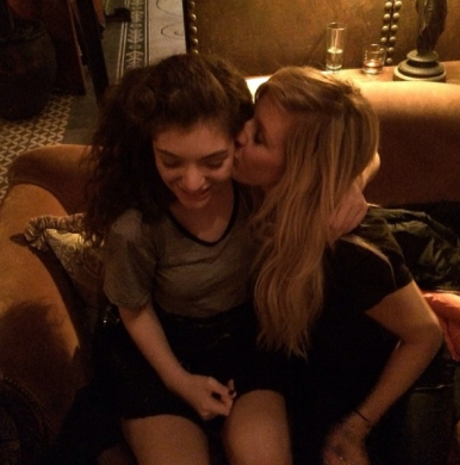 Lorde and Ellie Goulding, two of the music world’s biggest stars at the moment, posted some photos on their Instagram accounts looking playful and affectionate. The two were kissing each other’s cheeks, smiling, and basically — despite Lorde’s constant attempts to prove otherwise — being incredibly royal. The two reportedly met up in New York after their respective performances and ended up having a super fun night. Lorde posted the photo on her Instagram alongside a note that said, “post show w this lil darling.”

Goulding posted a similar snapshot alongside a diamond Emoji, no doubt to symbolize and convey their majesty. Lorde has found an incredible amount of famous friends as of late, including Taylor Swift, perhaps her highest profile friend yet. But, we have to hand it to Lorde as well — who’s not exactly a D-lister. She’s skyrocketed to International Superstar status seemingly overnight . . . . So she deserves to party at the top, don’t you think?

These photos come days after Lorde slammed a radio host for commenting on her relationship with Taylor Swift. “Are you guys, like, uh, are you together now?” Kyle Sandilands asked. “Not together as in lesbians, I’m not talking about ‘Ellen together,’ I’m talking about, like, you guys are friendly, right?”

Lorde responded: “What do you mean you’re not talking about ‘Ellen together’? Is there something wrong with lesbians?”

“My God, no, I would love that,” he replied. “I would totally love that. Are you going to confirm now you’re in a lesbian relationship with her?”

After this statement, she was totally over the interview and said, “Don’t even try it.”

What do you think about the photos of Lorde and her new BFF? 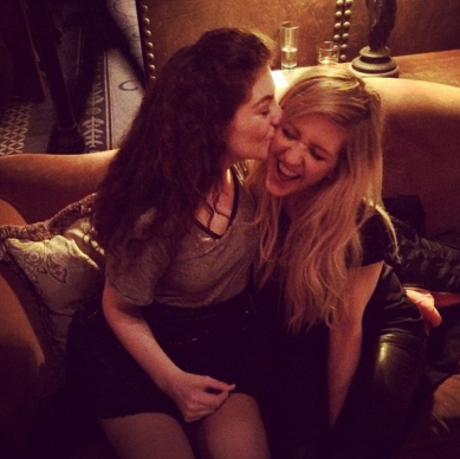