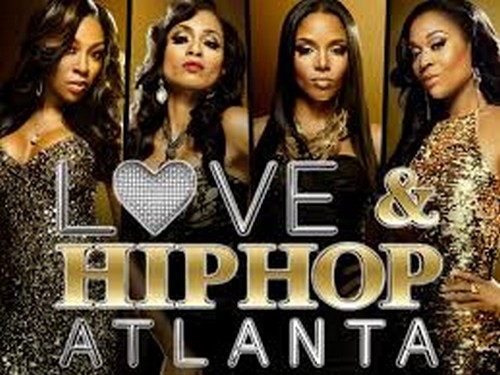 If you don’t keep up with the popular reality TV series Love and Hip Hop Atlanta, maybe this latest bit of tea from the ATL will persuade you to start. Although it has not been officially confirmed, word on the Internet curb is that the reunion show is being taped in New York today and that fists went flying on the set. Details are sketchy, but some good ol’ fashioned Twitter and Instagram snooping has helped us piece together some of what has gone down between the cast and crew in the past 48 hours.

The biggest hint that something big went down at the taping was found on the VH1 official LHHATL Twitter account where this little gem was tweeted, “Sh*t just got real at the #LHHATL reunion. Y’all have no idea…More info to come.” Well a little more digging turned up some interesting tweets from none other than Benzino’s fiancée Althea Heart. Most of them suggest that Althea (or “hoethea” as she is called by some of the starring LHHATL ladies) put the paws on Joseline Hernandez, “wife” of Stevie J. The most telling was a re-tweet congratulating Althea for “beatin @MsJoseline a*s at #lhhatl reunion We The People want to thank you for ending our long wait.”

Okay, so maybe this is all a bit confusing. If so, please see some of CDL episode recaps to properly catch up.  Basically Stevie J. and Benzino are close friends and business partners. Joseline is married to Stevie J. and Althea is married to Benzino; just because the guys are friends, doesn’t mean their respective ladies are friends. They are much more like enemies. Althea has garnered a reputation as a promiscuous woman among the other ladies of the cast. One of the men she has been accused of sleeping with is none other than Stevie J., her fiancé’s closest friend.

Althea confessed to Benzino that she slept with Stevie; Stevie denied sleeping with Althea to both Benzino and Joseline. Joseline heard about Althea and Stevie’s relationship from her friends, but she did not believe Stevie and wanted to fight Althea. (I know…it is a little complicated) Well fast forward to the present; Stevie J tweeted out a photo of Althea naked in a hot tub leaning in the nether region of an unidentified male. The caption beneath the photo said “Lettuce anyone??” suggesting that the man in the picture may be Stevie J. himself. Well, the photo sparked a Twitter battle between Stevie, Althea and Benzino.

Quite honestly, it is way too much Twitter beef to air out and repeat word for word here. If you are interested, CDL assures you that if you “seek, ye shall find” the screen shots. (Most of the damaging tweets have since been deleted from the official Twitter profiles) Just know that it got quite real, finally. Here is the thing, LHHATL scenes have seemed mighty scripted the last few episodes.  This latest beef suggests that there is real drama going on behind the scenes. Most likely the cameras are not around to catch all the beef as it gets cooked, so the producers have all the stars of the shows re-creating the real life drama. This is of course just a guess. Consider the episode where Benzino’s mother dies and the whole shooting goes down. Clearly all these things actually happened but when watching them depicted on television, the viewer clearly senses it is not the real thing unfolding before their eyes.

Whatever the case, it seems the reunion show holds all the promise that reality television offers. Real life and real drama. As Stevie J said in one of his most recent tweets, “The reunion for @VH1 #LHHATL will be epic!!” As we wait in somewhat great anticipation for the reunion show to air, it seems we have a bit of dirty laundry to wash out. What do you make of all this? Does the Stevie J. and Benzino beef seem like the real deal or is it manufactured for a VH1 check? Does anyone think that Althea beat up Joseline “Jose” Hernandez? Wash it out. Tell us your thoughts in the comments section below.