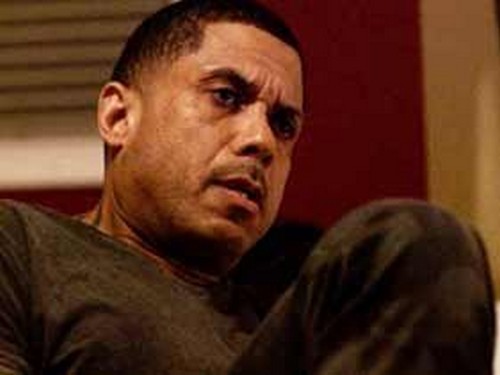 On last week’s episode Stevie tried to apologize to Joseline. Erica’s hot and steamy romance with O’Shea started to fizzle. Mimi and Nikko butted heads over his past with Althea. Rasheeda, Karlie and Kalenna took a “girls trip” to New Orleans. And the accidental reveal of a secret jeopardized Kirk’s marriage. Did you watch last week’s episode? If you missed it we have a full and detailed recap, right here for you.

On tonight’s episode, Joseline’s suspicions over Stevie’s fidelity reach a fever pitch. Kirk and Rasheeda take the next step in their relationship, while Kalenna’s house guest causes a shakeup in her marriage. Mimi and Ariane feud over Nikko. Althea shares a dirty little secret, and Benzino is faced with family tragedy.

Recap: After Karlie put the idea in her head, Joseline has since been actively looking for evidence on Stevie’s cheating. She found the text messages and the picture girls have been sending him to but she still needed a little more just so her husband won’t be able to talk his way out of it like he so easily he did the last time. And the first girl she goes to check out is Benzino’s Althea. Althea started out as a groupie so Joseline knows the other woman must is aware of what’s going on. Especially as its highly likely that Althea was at one point in time with Stevie.

As for our favorite troublemaker, Karlie, she found out few things about her friend, Kalenna. Kalenna has an open marriage or better yet an agreement with her husband Tony. He doesn’t mind the fact that his wife has a special friendship with her best friend, Ashley. As matter of fact he actually likes hanging out with Ashley just as much as his wife does.

The only downside is Ashley is wild. And though “wild” is fun to party with – it’s not something you want around while you’re trying to work. So Tony warned Kalenna that they needed to finish their newest album. Their finances are on the line.

Kalenna agreed to keep working on her album and then, barely two minutes in Atlanta, Ashley already had Kalenna saying they’re on vacation. And the vacation also means a break from Tony seeing as Ashley doesn’t like sharing.

Mimi and Nico are still on the outs. They had a strategy meeting with Dawn that was abruptly cut short when Nico started talking about a sequel. It seems he doesn’t get where Mimi is coming from over the sex tape. She’s embarrassed about what she did while her boyfriend is so excited that it’s disgusting. Well, disgusting to everyone else besides Mimi. She claims to still love him despite his recent actions. So it’s like repeat with Stevie J all over again.

Joseline tried taking what happened in her “talk” with Althea to Stevie and he did what he normally does – he distracted her with work. They have to build up her profile and he mentioned now isn’t the time to be wondering about him and other women. But he did go on to say that he never shared anyone with Benzino. Which may not be the truth. Althea never admitted to doing anything to Joseline. Though what she says to Rasheeda sounds like there’s more to the story.

Rasheeda was flying high after reuniting with Kirk. They’re back together and lovey dovey. So she was in a good modd. Then she walked away from her lunch with Althea wondering what this massive secret was. Althea said she know something about somebody and left it there. Yet with the way stories circulate Rasheeda probably know the answer not long after Joseline starts throwing her drink at some club!

It was Rasheeda that made Althea think about laying out all her cards to Benzino. She told him that she slept with Stevie and then the discussion got away from her because out of nowhere she was accusing Benzino of hiding from the truth. Like it’s his fault that he didn’t know she was once with Stevie and that it’s his fault Joseline came to the studio insinuating things. She was trying to play up the victim and Benzino caught her in the act.

And you know he was still mad at her when he left to go to his family’s bedside after his mother died and he didn’t take Althea with him. She was supposed to be the girl he was going to marry – guess that changed!

Benzino is in a dark place. He’s grieving his mother and at the same time he has to deal with old family drama. That’s why Stevie s going with him to be there by his side. But next week’s promo shows that Benzino is going to need more than a shoulder to cry on.