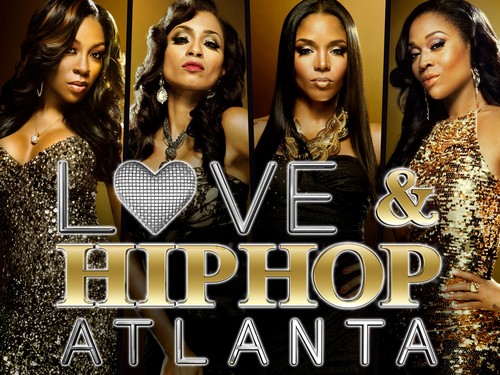 Part 1 of Season 3 Love & Hip Hop Atlanta’s reunion show is set to air on VH1 on Sunday August 24th. According to Love And Hip Hop Atlanta spoilers, fans will not want to miss the two week LHHA finale extravaganza, which will be packed full of drama, tears, and brawls. For those of you who don’t remembers, in July TMZ reported that a brawl broke out on the VH1 set and the cops and paramedics had to be called to the scene. Apparently the brawl started when Benzino accused Stevie J. and Joseline of doing drugs. And, the Love And Hip Hop cameras caught all the trashy fighting on camera. Apparently the brawl was so serious they had to kick out the live audience, and filmed the rest of the reunion show with the cast members in separate rooms.

According to Season 3 spoilers, The Love & Hip Hop Atlanta’s reunion brawl is just the beginning of the crazy drama that will air on Sunday August 24th. The love triangle between Scrappy, Bambi, and Erica will be addressed, and Bambi demands answers. Momma Dee intervenes for her son Scrappy and insists that he never cheated on Bambi with Erica, and Erica will be called out for mocking Bambi’s miscarriage during Season 3. Erica brought her own props to the reunion show, and tries to prove that she and Scrappy were more than just friends.

Love And Hip Hop Atlanta reunion spoilers also tease that there will be some interesting developments in Stevie J. and the infamous Mimi Faust’s relationship. Stevie J’s baby mama Mimi rose to notoriety during Season 3 after her infamous sex tape with Nikko Star, meanwhile Stevie and is current girlfriend Joseline went their separate ways after she allegedly cheated on him. Rumor has it some sparks could fly between Stevie and Mimi during the reunion show, and they might just have a reunion of their own.

So, LHHA fans, are you excited for the Season 3 reunion show? Do you think that Stevie J and Mimi Faust might reconcile? And, what about Scrappy’s never-ending love triangle? Are you Team Erica or Team Bambi? Share your thoughts and theories in the comments below and don’t forget to check CDL for the Love And Hip Hop Atlanta reunion show recap.