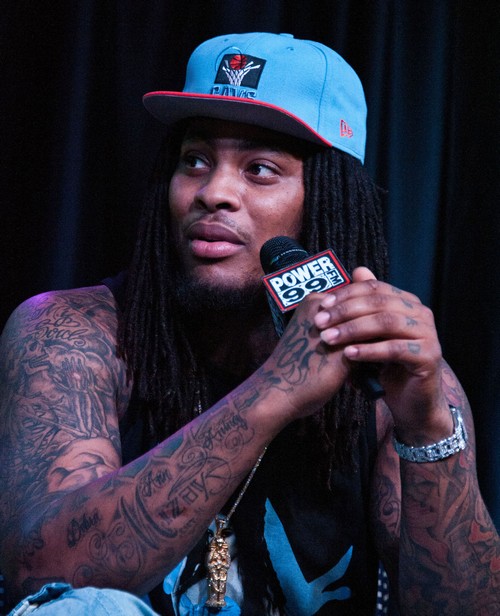 Well it looks as if yet another cast member of VH1’s Love & Hip Hop Atlanta “reality” show is up on camera faking it again. The latest culprit is rapper Waka Flocka Flame and his “wife” Tammy Rivera. The couple were both newcomers this past season and their primary story line revolved around them getting married following a cheating scandal. According to an unidentified source speaking to Media Take Out, this couldn’t be further from the truth.

I noticed how people were looking at Georgia public records to find a marriage certificate for Stevie and Joseline and could not find one. I couldn’t find one either but I also couldn’t find one for Tammy and Waka either.

CDL did a little digging through Georgia State records, and it turns out that this story appears to be actually true. (Sidebar: We all know sometimes Media Take Out runs stories that happen to be a fake out) It is quite funny because Waka Flocka Fame and his Mz. Flame, Tammy Rivera are not married but devoted two episodes of screen time to this fake drama with Waka’s mama/manager Debra Antney. There was a whole lot of smoke and mirrors about the two lovebirds sneaking off to city hall to get married in a private ceremony, because they did not tell any of their family members. Everyone was so hurt and upset, blah, blah, and blah.

It is also quite ironic that this is all coming to light, because another one of the Flocka’s story lines was devoted to beef between Tammy and Joseline Hernandez. The two ladies got together for Tammy, who is a stylist, to assist Joseline in getting some outfits together for her musical “career” endeavors (side eye). Joseline made a little snappy comment to Tammy about how she could “get a ring on her finger” in reference to an alleged tattoo ring that Tammy has to signify her commitment with Waka Flocka Flame. Mind you, Joseline was speaking from the standpoint of a wife, even though there is also no marriage license on file for her and her “husband” Stevie J. Oh the irony.

I guess the one good thing is now Waka can say to his mom, “look ma, no marriage license!” Although it is doubtful Debra Antney doesn’t know the truth about her son’s marriage considering she is also his manager. Perhaps this fake marriage sham can carry their story line through season 4. However, with all the fake shenanigans Love and Hip Hop Atlanta has going on, one can’t help but wonder if folks will continue to tune in next season. Reality shows draw folks in under the guise that they are depicting reality, once you lose that, it is not clear what is left to entice viewers. As always, CDL is quite curious as to what you think about this latest news coming from the ATL. Help us was this dirty load out with your thoughts in the comments section below.