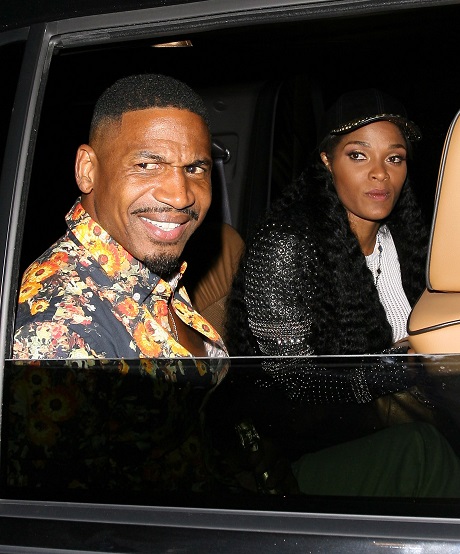 Love & Hip Hop Atlanta’s three week long reunion special has created a media firestorm, the shocking reunion brawl between castmates has no doubt boosted ratings for the VH1 reality TV reunion show phenomenally. Since Joseline Hernandez, the “wife” of Stevie J, instigated the brawl and assaulted her co-stars, Benzino’s fiancée Althea Eaton has actually smacked Hernandez with a lawsuit for hitting her. Eaton claims in the legal document that Joseline Hernandez smoked crack backstage before the reunion and was high as a kite when she assaulted Eaton.

Although Eaton hasn’t actually gone after VH1 for the beatdown she received during the reunion filming, the producers are rumored to be very concerned about the potential legal ramifications. A source close to production has revealed to CDL that Joseline Hernandez might not be returning to Love & Hip Hop Atlanta’s next season.

The source went on to explain, “Joseline has become a liability for LHHA and the producers. The reunion brawl wasn’t your typical reality show fight, there were police reports and now lawyers involved. Joseline may be good for ratings, but the powers that be don’t think it is worth it to keep such a violent and unpredictable character on the show. Joseline’s drug problems have made it nearly impossible to manage her.”

Joseline Hernandez and Stevie J have both been rumored to have issues with drugs for years now, and they are clearly hurting each other more than they are helping each other. Rumor has it that Joseline and Stevie’s drug habits have gotten so bad that between the two of them they can’t keep a dollar in their bank accounts. If Joseline lost her Love & Hip Hop paycheck, then it would no doubt leave her in financial ruin.

Do you think that the Love & Hip Hop producers should fire Joseline Hernandez after the LHHA reunion brawl? If they axe Joseline, do you think Stevie will walk with her, or keep filming without her? Let us know what you think in the comments below!