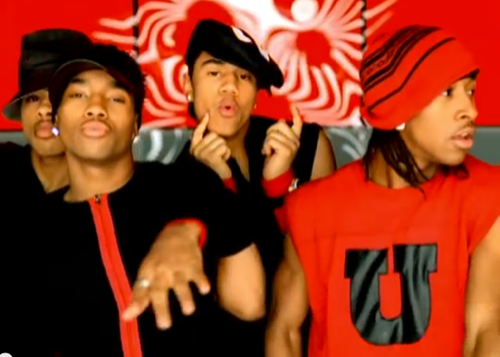 Tonight on VH1 their new series Love & Hip Hollywood continues with an all new Monday October 6, season 1 episode 5 called “Truth Be Told.” On tonight’s episode, Nikki Confronts Morgan For Gossiping With Masika, Morgon BLASTS Nikki For ‘Plastic in Her Body.’

On the last episode, after telling Hazel he wouldn’t be bringing a date to the ASCAP Awards, Hazel and Masika spotted him with a date. When Hazel called Berg out on, he defended his actions saying his date was just a friend. Hazel’s heard about enough and was sick of being mistreated by someone who couldn’t commit to her so she went out with a splash! Did you watch the last episode? If you missed it, we have a full and detailed recap right here for you.

On tonight’s episode, still fuming for the drink-throwing party with Masika at Morgan’s lunch, Nikki has caught wind that the girl she thought was her friend had been gossiping about her with Mally Mal’s new mistress.

Mally has promised Nikki that he and Masika are done. They meet up and he gives her a ring as well as keys to his house to show that he really cares about her and is willing to move forward with their relationship. However, Nikki needs to sort out some details before they move forward. She asks Mally if he told her he loves her. He admits to loving her “as a person,” but also says he was leading Masika on a little bit. Nikki says they need to meet up with Masika so he can tell her to her face that he belongs to Nikki and what happened between the two of them is over. Mally reluctantly agrees.

Teairra, meanwhile, is having the worst weeks of her life, what with betrayals from her man and friend. She goes to the studio to meet up with Berg, who called her up now that he and Hazel are done. “I believe in her,” he says.

She mentions the radio interview where he aired out her relationship business. He admits it wasn’t tasteful, but says “I’m just like you. I say shit, but I don’t think about it.”

He says she’s a great vocalist and singer and thinks they can help one another out, despite the fact that Hazel won’t be happy about it.

She asks Berg to promise that no matter how mad Hazel gets, he won’t back out of the collaboration. He says Hazel has no effect on his breakfast at 7:30 in the morning, let alone what he does with his career.

Masika asks Hazel over to talk about men. Hazel describes what is going on with her and Berg, as a “nightmare.” “I feel like I need to teach him a lesson,” she says. She plans to ignore him so he’ll come running. Masika plans to do the same thing with Mally.

She tells Hazel about the incident at the pool. “She’s lucky a dusting was all she got,” Masika says. “What I should have done was beat her ass.”

They discuss Teairra’s tendency to invite drama and watch it ensue without standing up for anyone.

Nikki meets up with Teairra for a spa date. Teairra explains that she had no idea what to believe and couldn’t sit there and defend anyone in particular. “Morgan is just messy with a capital ‘M’,” Nikki says. She says she’s going to go to Ray J’s video shoot and that will be a perfect opportunity to deal with her. Teairra tells Nikki she’s going to make music with Berg, and Nikki says as long as it’s not messy, she supports it. Nikki says they both love music and that’s all it’s about, no drama involved.

Omarion and Apryl meet with a midwife to talk about the childbirth, which they want to be natural and at the house. However, the midwife says Omarion’s mother can’t be knocking at the door while the birth is going on. Apryl brings up the baby shower, saying she can’t believe half the things she said and that Omarion didn’t say something. She says she doesn’t want negative energy around the baby, but Omarion says she needs to trust him and “zip it.”

Nikki brings girls to Ray J’s video shoot, ready to confront Morgan on talking about her nose job behind her back. Morgan immediately admits to showing the photos to Masika. Things get heated and Ray J comes to diffuse the situation, separating them. He has overheard them talking about Teairra and tells her she cannot talk to her.

Masika has invited a friend of Berg’s, and Hazel to evolve dance studio in order to help break the spell he has on Hazel. The friend tells them that Berg hasn’t changed in a long time. Masika tells Hazel about Teairra and Berg getting together to work on music. She isn’t surprised by Teairra, but can’t believe that Berg would make music with her enemy. She says Teairra is known for sleeping with people’s boyfriends, saying ‘she is going to have to deal with my wrath.’

Morgan is upset about Ray J not sticking up for her at the video shoot, saying he’s like a brother to her but she is sick of not being appreciated. Her friend suggests she separate from Ray and make a name for herself. Morgan talks about how she didn’t have love growing up and was left in foster care by her mother and never has had one person stay in her life consistently, which is why Ray J is so important to her.

Hazel meets up with Berg to confront him for working with Teairra. “It’s like the ultimate betrayal,” she says. When she asks him why he is making music with her of all people, he says he is looking to right his wrongs. He is in disbelief that she is trying to control whom he is working with, saying she needs to focus on her own records. “I’m clearly nothing to you,” Hazel says.

He responds that he’s made up his mind and that’s basically the size of it.  “I just think that you’re putting too much feelings into things that’s not really necessary,” he says. “It’s on you if you want to come by the studio and get to it.” He tells her to leave Teairra at the front door and to tell her people to contact him when she’s ready to work.

Omarion goes to talk some sense into his mother. He tells her that her remarks toward Apryl were “disrespectful” and that she won’t be able to be there at the birth. His mother says that Apryl doesn’t have the right priorities. “Omarion may be fooled by Apryl, but not me,” she says. “I find Apryl selfish and materialistic.” She says Apryl may be able to fool Omarion, but not her. When he tells her she won’t be at the birth, she says she needs to be and that he is breaking a tradition. He tells her she needs to apologize to Apryl.

Ray J mentions the incident at the video shoot with Morgan, and she brings up how she doesn’t feel appreciated for everything she does for him. He is questioning her professionalism, saying although she is family, she needs to do the job of an assistant. Morgan refuses to talk about it any further. “Just stay on point,” Ray J says.

Mally has called Masika over. Masika asks him what kind of game he’s playing with her. “You know who my girl is. You know who I’m with. You know what it is,” Mally says. Masika denies knowing that. “All I’m saying is don’t lie,” Masika says. “There should never be a time when another woman tells you something you should have told me.” Nikki arrives, and Mally tells Masika again that Nikki is his girlfriend. Masika says she doesn’t care about that and only cares about the deception on his part that led to this situation in the first place. Nikki says she has a problem with the fact that Masika claimed to have slept with Mally, which he denies. Masika sticks with her original story that they did.

“You’ve proven that you’re a liar,” Masika says to Mally. “You’ve just proven that.” As she goes to walk out the front door, Nikki touches her and they almost fight but Mally pulls them off each other.