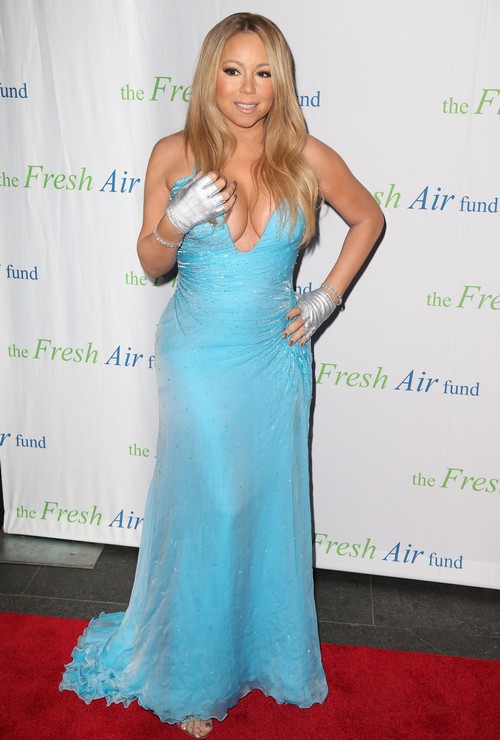 The marriage of Nick Cannon and Mariah Carey is heading towards divorce according to the split rumors we are hearing. Their relationship seemed to be an unlikely one right from the jump. Mariah has always been a super high maintenance diva and in the beginning this pairing worked mainly because Nick was willing to cater to her every whim. That’s exactly the kind of guy that Mariah needs, one whose sole focus is her but after a few years Nick decided that he needed something for himself. He stopped carrying his wifey’s bags and started working a lot – on the west coast. You can’t blame him for not wanting to be known as Mr. Mariah Carey, however his thriving professionally hasn’t exactly sat well with her.

There have been rumors of trouble for about a year now. Mariah and Nick used to use social media to show us just how happy together they are and that the divorce rumors were false, now we rarely see them together. He reportedly cannot stand her diva antics – like wearing what looks like a Jersey prom gown to the playground – and she thinks he is a MIA father. Once couples start to take shots at each other in public you can only imagine behind the scenes. There it’s bad enough for Nick to have sold the family Bel-Air home leaving himself with a west coast crash pad while Mariah lives back in NYC with their twins. A family west coast home base is clearly no longer a necessary option for the couple.

Mariah and Nick were last seen together in public back in February and they seemed fairly standoffish with each other. According to the Aug. 11th print edition of In Touch Magazine Mariah recently made her way down the red carpet at the Hercules premiere alone and when Nick has been asked about the status of their marriage he has simply said, “no comment”. Sources say that this marriage is pretty much a wrap and it sure does look like divorce is the next step.

In order to fix things Nick would have to meet some of Mariah’s needs by relocating permanently to the east coast, which he can’t do at this point because of work obligations and she is obviously unwilling to meet him halfway to make things work. Will they be confirming a split soon? Tell us your thoughts in the comments below!