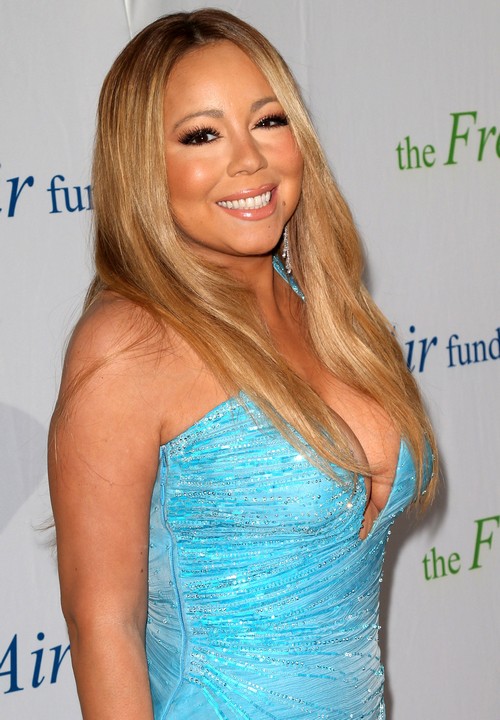 Mariah Carey and Nick Cannon have been headed for divorce for a very long time, and their decision to sell their longtime multi-million dollar Bel Air home just proves that. Although sources initially stated that Mariah and Nick only sold the house to move to New York City, there are a lot of differing reports that contradict that.

For example, the latest cover issue of In Touch Weekly suggests that Mariah and Nick are actually embroiled in a $495 million divorce battle, with Mariah holding the upper hand right now. Obviously, she and Nick are both worth quite a bit, but you’d be surprised by how much of their fortune Nick is also entitled to. His work as a producer, especially for Nickelodeon and shows like Degrassi, have earned him a LOT of money. Maybe not as much as Mariah’s music career, but enough that their ‘battle’ is a real battle, not a gimmick for money.

Plus, poor Nick has had to put up with Mariah’s antics over and over again. She wanted to have a commitment ceremony in Disneyland? Check. She wants to dress up as a princess and have a Disney-themed party? Check. She wants to move to NYC at the drop of a hat? Check. Nick’s been incredibly accommodating to his wife, and understandably. She’s increased his profile in the public significantly, and Nick has managed to stay relevant in the media thanks to her. But is it worth putting up with her diva behavior and her ballooning ego?