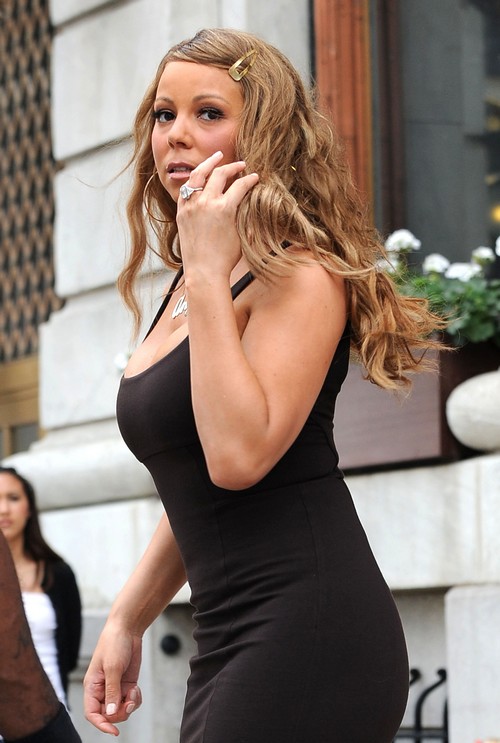 Mariah Carey and Nick Cannon are selling their Bel Air home, which has led people to speculate about the state of their marriage and a possible divorce. Why sell the house that they’ve spent the last few years of their life in, not to mention raised their kids in? What, is a multi-million dollar mansion in one of the most exclusive parts of LA not good enough for Mariah? Or is she finally letting Nick Cannon escape from their marriage?

The poor guy has been forced to participate in Disneyland weddings and all manner of public humiliations, so I don’t blame him for wanting to take a break. Plus, if he and Mariah really are having issues with their marriage, then selling their home would be the obvious first step in moving on to divorce.

Besides, they’ve already lasted much, much longer than anyone expected them to, especially considering Mariah’s diva tactics. Even if they leave Los Angeles to move to NYC, I don’t think it will ‘help’ resolve their relationship problems. They’ve reportedly been growing apart for years, and selling their home is a clear sign that they’re ready to make some changes in their lives. Whether that involves them staying together and moving to another city or just getting a divorce, we’ll have to wait and see.

We’ve also been hearing that they might test out a separation first, to see if they’re able to live apart. They do have kids together, and sorting out custody details would obviously take a long time.

Or perhaps this is all moot speculation, and Mariah just wanted to live in NYC and lord over all her minions there. I have to say, I feel sorry for Nick Cannon. The guy probably had no idea what he was getting himself into when he decided to marry Mariah Carey, no?