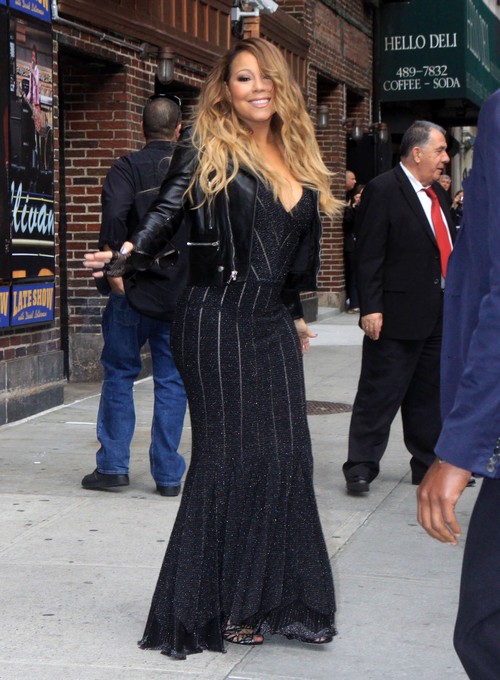 There has been a trend in recent years that whenever a celebrity couple deigns to speak out about their marriage in public, you know there’s something going on behind-the-scenes. This isn’t a definitive trend by any means, and there’s plenty of couples who just like giving interviews and being famewhores. But when this many stories claim that there’s something wrong with Nick Cannon‘s marriage to Mariah Carey, it’s hard to believe that every single one of them would be wrong.

The latest round of rumors [originating from the tabloids] had suggested that Nick was cheating on Mariah, and the two were having a massive fight over the affairs.

However, Nick was recently interviewed by Parade Magazine, and he tried to dispel the rumors by saying, “You kind of have to ignore it because every week it’s something different. If you paid attention to it, it actually probably would start really affecting you… There’s no merit or truth to it.”

He also adds, “It’s kind of humorous, really. It couldn’t be further off from the truth, and it really affects the credibility of the so-called newspapers.”

Um, I don’t think weekly tabloids have much credibility left, so I don’t think Nick needs to worry about that. However, Nick is right in saying that every week, it’s something different – which is why it’s not treated as legitimate truth, but rather rumors hinting at the truth. See, most tabloids do make up random stories on a whim, but more often than not, they’ll stop writing those stories if they don’t get any traction or if they realize that they’re completely off base. With Nick and Mariah, they’ve gotten enough tips from inside sources that it’s hard to believe that every single report is wildly off base.

So the fact that Nick even felt the need to address the rumors in a national interview is pretty telling, if you ask me. Why give the rumors any more traction by telling everybody about them? Unless you really, really want people to believe that they’re not true, and the best way to do that is to ignore them. You’d think that Nick would know that by now, no?