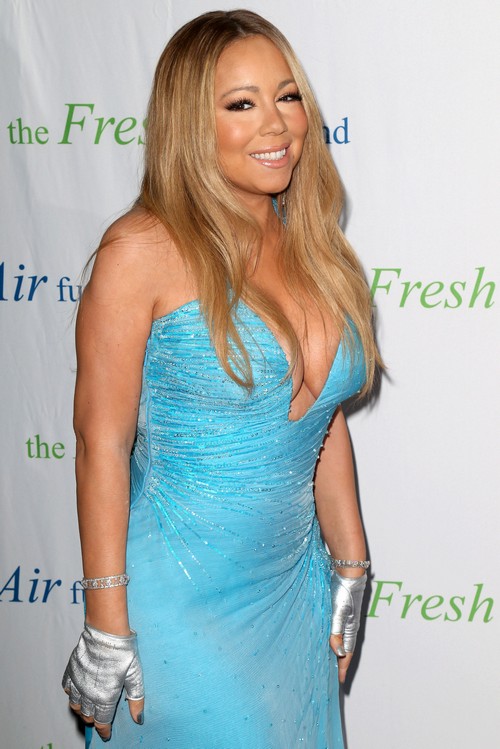 Rumors of Nick Cannon‘s and Mariah Carey‘s impending divorce have started to hit the Interwebs, but the usual response from their respective PR camps is to shut down the rumors completely. However, they’re not playing that game this time – which either means the rumors are true, or that they don’t want to fuel the press into increased reporting.

When asked about the divorce rumors, Nick reportedly gave In Touch Weekly a ‘no comment‘. However, he added that he puts his kids – not his wife – before everything. Hmmm… Nick’s not one to mince words, so he’s clearly telling us something. Wouldn’t the ‘PR’ response be to say that he puts his wife and kids above everything else? Or at least, his family? But no, In Touch points out that he specifically said his kids, Moroccan and Monroe.

While Nick has been not-talking to the media about the divorce, Mariah’s been dealing with the stress in a completely different way. She’s reportedly been partying and getting wasted every chance she gets, as evidenced by her drunk behavior at the Hercules afterparty last week.

Then, there’s also the fact that both Nick and Mariah sold their Cali home and are incredibly busy with their careers and don’t have time to sit there and attend couple’s counseling. Nick probably realizes that the minute he cuts off Mariah, he’ll have to start fending for himself and not relying on her name. That means that he’ll have to start re-focusing on his career, and he’s doing just that. In the same way, Mariah hates admitting defeat, and a divorce to her would definitely be failure. But how much longer can these two claim that everything’s ok – especially when one side of the marriage isn’t even doing that much?