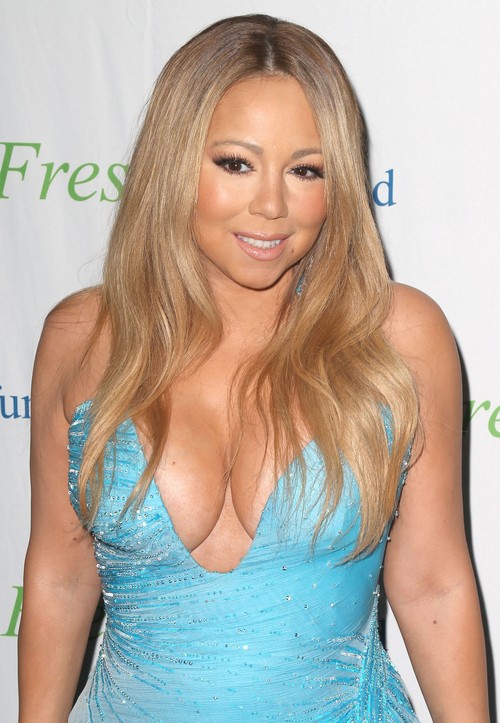 Mariah Carey dating a new man is a great idea! Diva Mariah needs to be adored and kept on a pedestal and only dating a new boyfriend will accomplish this. Mariah still refuses to address her split from Nick Cannon in public, although she served up an unofficial confirmation after singing about Nick’s cheating during a recent concert in Tokyo. To be more specific, Mariah told everybody listening – all thousands of them – that she knew that Nick ‘f*cking’ cheated on her. So yes, even though Mariah’s divorce from Nick isn’t yet official, Mariah’s already moving on.

She has reportedly recruited rapper Nas to play matchmaker for her, with a source telling US Weekly, “Mariah texted Nas, wondering if he had any friends she could go out with — or even just hook up with. But Nas is nervous to introduce her to anyone.”

What’s ironic in this situation is that Mariah Carey and Nas are actually very good friends, but rumors that the two of were hooking up and dating started to swirl around in 2013. Even more ironic – Nick Cannon himself shut down the rumors, claiming that he and Nas are just good friends and that it would be very difficult for him to get jealous of Nas’ friendship with his wife. Oh, if only Mariah could say the same for you, Nicky boy.

Coincidentally [or maybe not so coincidentally], the divorce rumors started in 2013 as well, with Nick supposedly stepping out on Mariah numerous times throughout the year. However, it wasn’t until Nick Cannon started ‘working’ with Amber Rose that things truly took a turn for the worse, and all hell broke loose. Nick Cannon may have kept his cheating quiet for all these years, but that affair blew the lid off. Plus, Mariah’s ego could never have stood more public humiliation, so it makes sense that she’s now trying to find a new boyfriend to make Nick pay and heal herself.