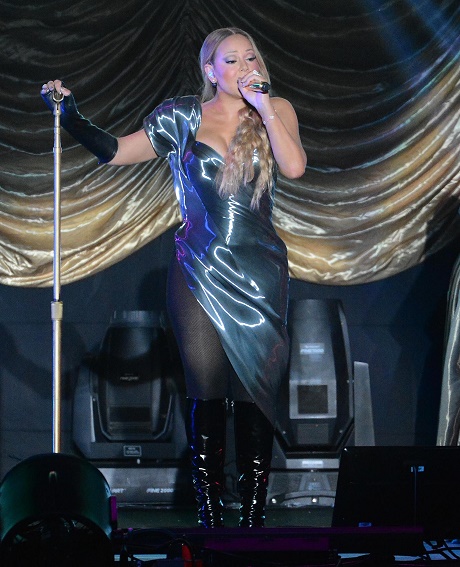 Nick Cannon and Mariah Carey’s divorce and custody battle is really heating up — we all knew it was only a matter of time before their amicable break-up got nasty. With two toddlers and that much money on the line, Nick and Mariah were bound to start fighting dirty. According to recent reports, Mariah is actually not allowing Nick Cannon to see twins Moroccan and Monroe, and the comedian is not happy about it one bit.

The November 3rd edition of OK! Magazine reveals, “As their divorce battle heats up Nick Cannon is furious that Mariah Carey is dragging their three year old twins on tour with her. Mariah recently took Moroccan and Monroe all the way to Asia – and Nick can only see them via Facetime. Nick has demanded to see the twins on Halloween but Mariah is on tour all the way to November.”

OK! also has an inside source who dished, “He’s been cut off from seeing his kids for weeks. It’s like a dagger in the heart. Mariah says it’s her rules and Nick has no say, Nick is getting more and more frustrated. This is going to escalate and get nastier.”

While tabloids tend to embellish, this story seems right on point. We know Mariah is on tour through November and we know she has her two children across the world with her. We’ve seen this happen time and time again: husband cheats on wife – scorned wife refuses to let him see children as payback. It sounds like Mariah is fed up with Nick embarrassing her and running around with Amber Rose, so she isn’t letting him see Moroccan and Monroe to get back at him.

Do you believe that Mariah isn’t letting Nick Cannon see the twins? What could her motives possibly be besides payback for the cheating scandal? Does Nick have a right to see their kids, or do you think Mariah’s actions are justified? Let us know what you think in the comments below!