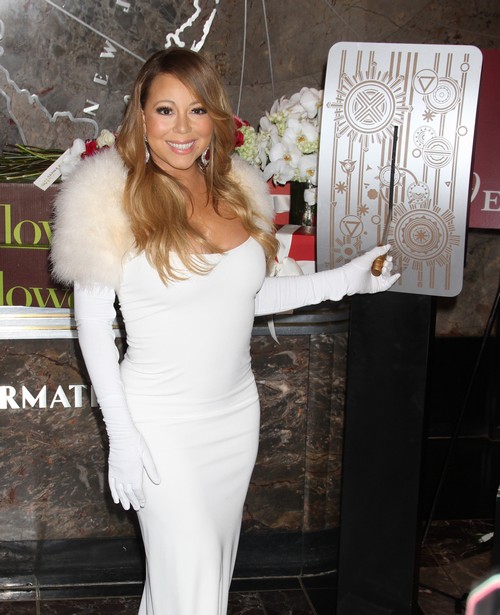 Every year for their anniversary Mariah Carey and Nick Cannon renew their wedding vows in some big, over the top way. They have celebrated at Cinderella’s Castle in Disneyland and the Eiffel Tower and now Nick is reportedly trying to figure out how to make their upcoming 6th anniversary better than all of the others. According to the March 24th print edition of In Touch magazine he thinks the biggest celebration of all would probably take place on the moon. Now all he has to do is figure out how to get them both there. I’m not so sure that Mariah would be on board- quite literally with the idea.

In recent months the couple has been anything but the portrait of happiness. Instead they are choosing to live on opposite coasts and even put their original family home in LA up on the market several weeks ago. That move had tongues wagging about it being the first logical step towards divorce and Nick quickly pulled the home from the market and insisted that everything between himself and his wife is great. If it was great wouldn’t they be seen in public together with their twins every once in awhile?

I have to kind of think that if these two could get to the moon only one of them might be coming back home again. Do you think they are gearing up for another happy anniversary or do you think the obvious disconnect between Nick and Mariah is more likely to indicate a split being on the horizon? Tell us your thoughts in the comments below!