Melissa McCarthy’s Amazing Journey In The World Of Comedy: She’ll Do Anything For A Laugh! (PHOTO) 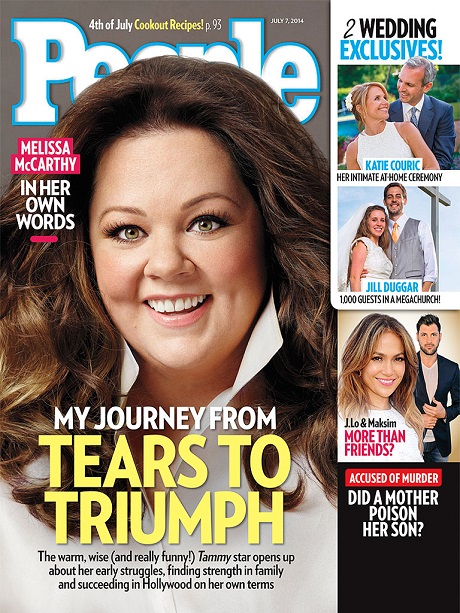 Melissa McCarthy broke into the industry to much fanfare, but that’s not to say her journey’s been a piece of cake. Far from it. Even as a young, upcoming starlet with aspirations to champion her craft, Melissa struggled with her emotions. Apparently, Melissa was no tough cookie and, early on in her life, struggled with major self-esteem issues.

Today, other individuals may perceive Melissa as a tough cookie. Over the years, she’s grown more confidence and adopted an amazing perspective — all with her loving family and husband, Ben Falcone, close by her side. Their undying love and support has proven to be a vital ingredient in Melissa’s escalating comedic career, which is grounded in crafting hilarious and unforgettable characters — oftentimes a bit crass, a bit edgy, but always true to themselves and their perspective on life.

She tells People in an exclusive interview, “I’ll do almost anything for a laugh. I’m completely delighted by people who think, ‘I don’t care what anybody else thinks, I look great in this, and I rock it and I love it.’ It’s such a delightful sort of confidence. I’ve never felt like I needed to change. I’ve always thought, ‘If you want somebody different, pick somebody else.’ But sure, criticism can sometimes still get to me. Some things are so malicious, they knock the wind out of you.”

We absolutely love Melissa McCarthy and are so glad she continues to be a powerful force to be reckoned with in the industry of comedy films. Are you a fan of McCarthy’s? If so, let us know in the comments section below, and don’t forget to pick up the July 7th issue of People Magazine to read Melissa’s full feature!