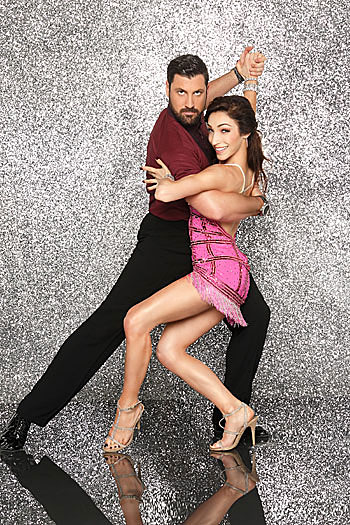 Olympic Ice Skating Champion Meryl Davis danced a Cha Cha Cha, on tonight’s season 18 premeire of Dancing with the Stars. For the first time ever the show will premiere with a massive opening number featuring all pro dancers as they perform live with musical guest Jason Derulo.   We posted a nifty bio of Meryl Davis so you can get more familiar with her.  If you missed tonight’s show you can read a full and detailed recap, right here.

Judges comments: Carrie Ann: “That was really exciting to watch, you lit up the ballroom.  I should expected it.” Len: “I tell you, you are nice on ice but good on wood.”  Bruno:  “You have to be the queen of spins.  Watch the back of the legs, so good, what a debut.”