Michael Douglas and Catherine Zeta-Jones Reconciliation on the Horizon? (PHOTO) 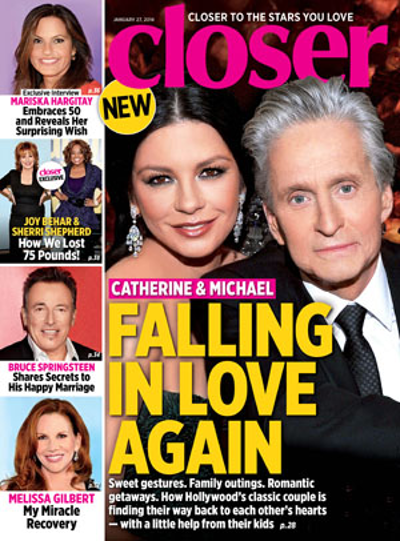 Michael Douglas and Catherine Zeta-Jones‘ relationship is lingering in limbo at the moment and nobody is exactly certain as to where the couple stands. But if Michael’s recent comments are anything to take to heart, they might just be falling in love all over again and willing to reconcile sooner that we once thought! He said some things at the UNICEF Ball last night that’s gotten people thinking maybe their relationship is officially back on again!

“Well Catherine is back east, we live back east in New York and I can’t keep telling her how nice the weather is out here!” Michael told Closer Weekly. “They’ve been having a pretty rough winter but the kids were able to stay up late enough when I found out what time my award was going to be up for. So they’re really excited about it…”

Michael also talked about how it was nice to be able to work close to home while filming his latest project, entitled And So It Goes, alongside Diane Keaton. “I was fortunate the third [film] that is coming out…is actually in Connecticut and New York so I was able to be home.”

What do you think about Zeta and Douglas potentially rekindling their romance, which was rocky, then broken, now apparently a little more bubbly? We’d love to hear your thoughts. Sound off in the comments section below!