Michael Jackson’s Father Joe Jackson Despised By Entire Family – They Want Nothing To Do With The Horrible Man! 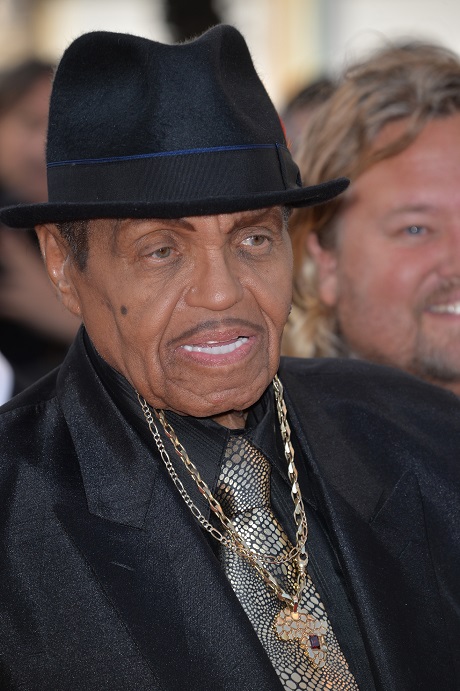 Joe currently lives in $500,000 condo in Las Vegas. His condo is filled with pictures of his children, who never show up to his front door. Given his abusive past with them, how can anyone blame them? The King of Pop, Michael Jackson, died in 2009, and didn’t leave a dime to his father. Michael once told Oprah that the sight of his Father makes him want to throw up. His mother, Katherine, gets $1 million a year from his estate.

Katherine and Joe haven’t filed for divorce but have lived separately for quite some time now.

Joe opened up about his lonely– but well deserved loneliness a few weeks ago on his website “When I suffered four strokes last year and was in the hospital recovering, only two people in my family traveled all the way to see me,” he wrote. “My granddaughter Brandi [Jackie Jackson’s daughter] and my baby girl, Janet.”

“She sat right next to me as I lay in bed, and she spent time with me. We were talking a lot together and it meant a lot to me.”

Family insiders say Joe’s children were never allowed to call him Father, Dad, or Daddy, only Joseph, because he didn’t want them to be soft in their tough neighborhood in Gary, Indiana.

In 1991, Latoya Jackson wrote a memoir stating that her father and physically abused and molested her and her sister, Rebbie. “When your father gets out of bed with your mother and gets into bed with his daughter and you hear the mother saying, ‘No, Joe, not tonight. Let her rest. Leave her alone, she’s tired,’ that makes you crazy,” she writes. At first, Rebbie denied these claims but later on said Joe inappropriately touched her.

Joe feels betrayed by his children… as surely they felt while he was beating them. Since the King of Pop died, Joe has been scrambling to make money, such as attempting to charge $50,000 for appearances. Sadly, a few did pay him for that. He also sold perfume at a Las Vegas Strip Mall, with his son’s image on the bottle, but that fell through when he couldn’t provide legal documentation that he had the right to sell those products.

A friend also says, “There’d be no Jackson Five, no Michael, no Janet without him. He shouldn’t have to call any of them. They should have enough respect and feel an obligation to come out and see how he’s doing. The man did have a series of strokes — and whatever it is that they are holding against him, they need to get over it.”

I’m sorry, but how do you get over your dad beating the crap out of you. Even when his son died instead of mourning, he tried to form a musical group with his grand children. Looks like Karma has finally got to him.