Mike ‘The Situation’ Sorrentino Indicted For $8.9 Million Tax Evasion – Turns Himself In To Police 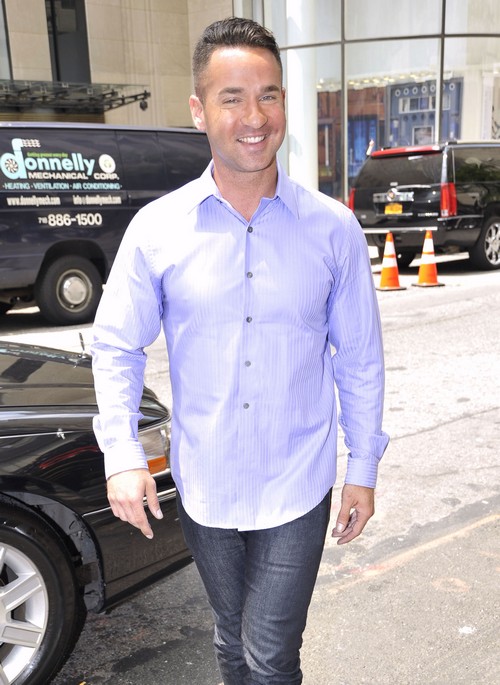 What is it with reality stars and tax evasion? What, is their multi-million dollar paycheck not enough to support their famewhore lifestyle? Mike ‘The Situation’ Sorrentino was reportedly charged with $8.9 million tax evasion, and has reportedly surrendered to authorities on all charges.

The Jersey Shore star reportedly failed to pay his income tax on all of his earnings, and supposedly filed false tax returns to make it look as though he had completed his obligations. So basically, not only did he NOT pay what he was supposed to, but he also lied about it. Huh. I have to say, I’m not the least bit surprised by this.

Mike’s brother, Marc Sorrentino, was also indicted for committing tax fraud, and was also charged for breaking the law.

As of now, both brothers turned themselves into the police and were booked, but both pleaded not guilty in front of a judge in New Jersey. They were subsequently released on bail of $250,000 each, but they’ll have their arraignment on October 6th.

They’re lucky that they had the money to be able to afford bail, or else they would have been screwed. Expect to see both of these idiots lawyer up ahead of their arraignment, although I’m not sure how much that’ll help them. Just like Teresa Giudice and Joe Giudice, Marc and Mike are about to face the ramifications of their actions. They probably thought that they would be able to get away with it, but we already know that they’re not the brightest bulbs in the industry. Of course it was only a matter of time before they got caught, just like with Joe and Teresa. Let this be a lesson to all reality stars – stop committing tax fraud. Eventually, you WILL be caught.