Pregnant Mila Kunis Back Together With Macaulay Culkin After Ashton Kutcher Annoys Her? 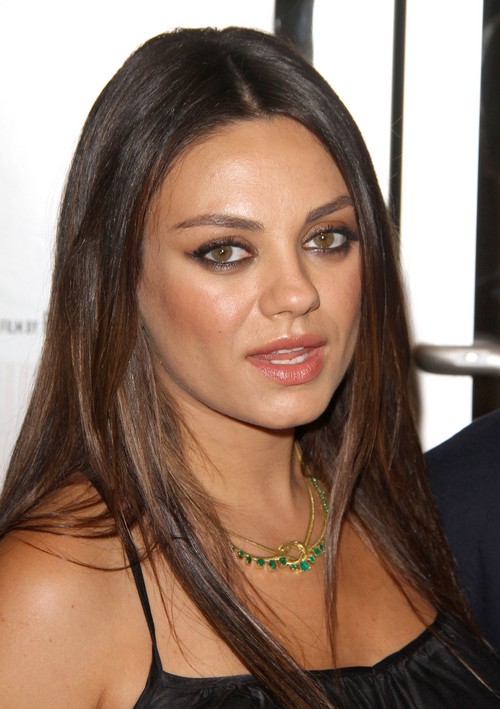 Macaulay Culkin and Mila Kunis dated for eight years before breaking up, so it’s not hard to imagine that there’s still some lingering feelings there. Plus, Mila’s got to miss the relative privacy of dating Macaulay, since she’s at the center of tabloid attention with her new relationship with Ashton Kutcher.

According to a new report from Star Magazine, we can now take it one step further and say that Mila and Macaulay are back in touch. The magazine’s source claims that Ashton has been driving Mila crazy with all of his pregnancy advice, and he’s become so overbearing that pregnant Mila’s turned to Macaulay to keep her calm. Because obviously, what’s the best solution to getting some space from your fiance? By talking to your ex-boyfriend of eight years!

Star’s ‘source’ explains, “Kunis is living proof that you never really get over your first love. Mila needs someone to talk to, and Macaulay knows her better than anyone. They chat once or twice a week, and she feels like it’s the only thing keeping her sane.”

Ashton Kutcher is famously very jealous and protective of his girlfriends, so I don’t think he’d very chill with Mila talking to Macaulay. I imagine he still has a lot insecurity issues stemming from the fact that Mila dated Mac for so long. He probably thinks that just because he cheated on Demi Moore, that Mila might cheat on him. This is what happens when cheaters are finally confronted with the truth – their delicate house of cards comes crashing down, and they’re forced to deal with their deep-rooted insecurity issues.

Plus, Mila’s not the type of person to take shit from anyone, especially not her boyfriend. If she wants to talk to Mac, she’s definitely going to talk to him. But I don’t think she would tell her own fiance that she’s resorted to talking to her ex-boyfriend because he’s driving her crazy. That might not go over so well, no?