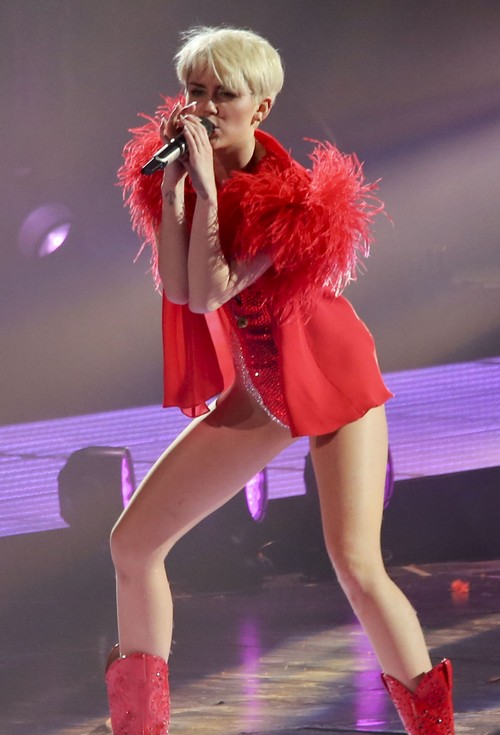 We all knew that when Miley Cyrus started her Bangerz tour, it was going to be over the top and full of her crazy antics. But, no one was prepared for the shenanigans the pop singer had up her sleeve.

If you thought Miley’s Bangerz tour couldn’t get any more gross and bizarre, then unfortunately you were wrong. Sunday night Miley pushed the envelope during her tour stop in Tacoma,Washington, and gave her fans something to talk about. During Miley’s concert a fan threw a red thong on stage, in mid song Miley proceeded to pick up the dirty underwear…and eat it. It’s not clear whether she actually swallowed the dirty undergarments, but she sucked on the thong and chewed on it. We are hoping that the thong was just a prop, and Miley planned to have it thrown on stage. But, with Miley anything is possible.

Even Miley’s fans were disgusted in Washington when they watched her gnaw on a pair of dirty underwear, and they took to Twitter to talk about how “gross” it was.

Are you scared to know what Miley does next on her Bangerz tour? Or would you rather not know? 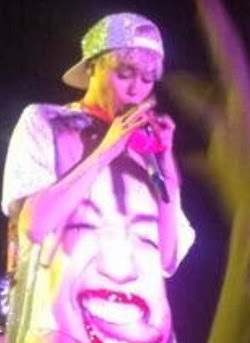