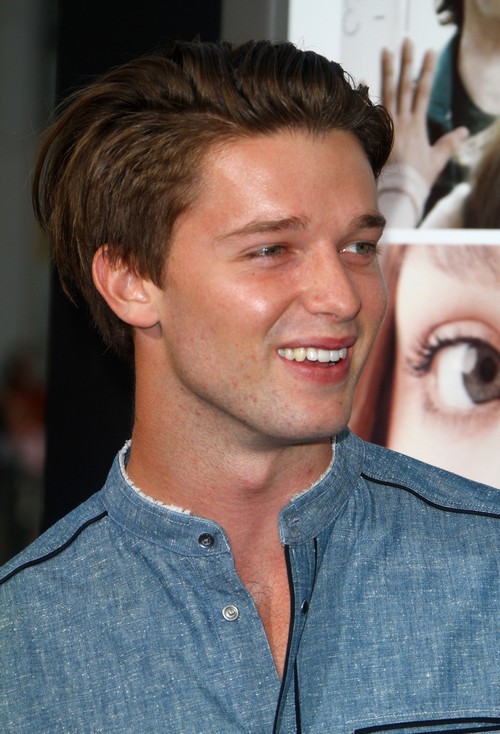 Miley Cyrus finally has a rebound boyfriend, y’all! Patrick Schwarzenegger! We were just assuming that Miley was still hopelessly hung up on her ex-boyfriend, Liam Hemsworth, but apparently that’s not the case. To be honest, I’m not sure I fully buy that she’s over him, but at least she finally has a new boyfriend, right? Two years is more than enough time to jump into a rebound relationship, but maybe Miley finally quit trying to win Liam back.

Anyway, E! Online confirms that Miley Cyrus is dating Patrick Schwarzenegger, otherwise known as Arnold ‘The Governator’ Schwarzenegger’s kid. Apparently, Miley and Patrick are taking things slowly and super ‘casual’, and they’re not officially dating or anything. I love how none of these sources just want to call it like it is – Miley and Patrick are hooking up. Plain and simple.

Patrick Schwarzenegger and Miley Cyrus have been spotted hanging out in his apartment, and they have shared friends. Plus, Patrick previously admitted that he had a crush on Miley, so this isn’t really coming out of left field. I did think that Miley would have wanted to date a civilian next after everything that happened with Liam, but she probably doesn’t give a crap. The girl got her heart broken by Liam, and it’s taken her two years to get over him. She deserves to date whoever she wants, even a kid that thrives off his father’s name and lives off nepotism.

What do you guys think about the ‘casual’ nature of this Miley Cyrus/Patrick Schwarzenegger relationship? Strange? Expected? Let us know your thoughts in the comments below.