Miley Cyrus In Love With Liam Hemsworth: No New Boyfriend Because She’s Hoping For Reunion! 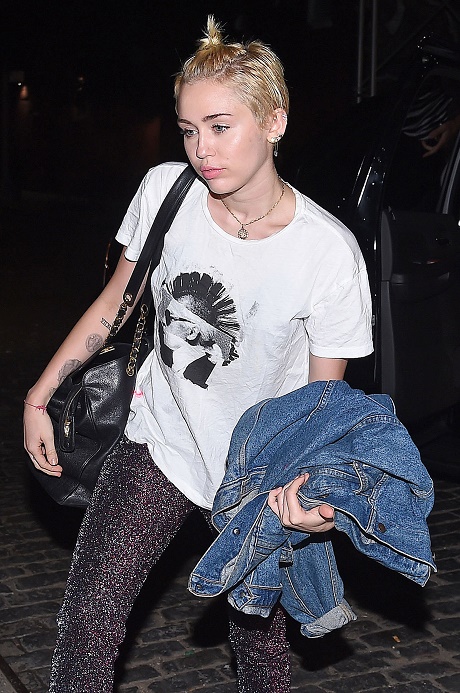 Many have been wondering as of late who Miley Cyrus’ boyfriend might be. Well, looks like she’s continuing to fly solo — and still mourning her split from Liam Hemsworth. Miley Cyrus and Liam Hemsworth ended their engagement a few years ago, but Miley’s not letting that stop her from getting what she wants. Have you guys noticed that in all the time that she’s broken up with Liam, Miley has been single? Sure, she’s been linked to a few randoms here and there, but Miley Cyrus has been single – and she’s made sure that everyone knows she’s single. Her reps take great pains to deny any rumors of her supposed flings and boyfriends, even if they’re rumors originated in the silliest of tabloids.

Now, Liam Hemsworth has faced no such trouble in his own romantic conquests, having rebounded with several women and clearly not feeling shy about dating/hooking up with other celebrities in Hollywood. But at the same time, Liam was rumored to have cheated on Miley when they were still dating, so I guess that’s not a huge shocker, huh?

What is surprising is that our sources tell us that Miley is still determined to win Liam back, no matter the cost. In other words, Miley Cyrus hasn’t been single for the past two years by accident, she’s been single because she’s wanted to be single. And she’s been single because she thinks that Liam Hemsworth might actually start dating her again. It’s a situation we’ve seen over and over again, especially in Hollywood. Actresses and singers think that the guys that cheated on them and dump them will eventually come to their senses and come back to them, even if all the evidence points otherwise. And if that’s the reason Miley’s stayed single for so long, I feel even worse for her than I did before.