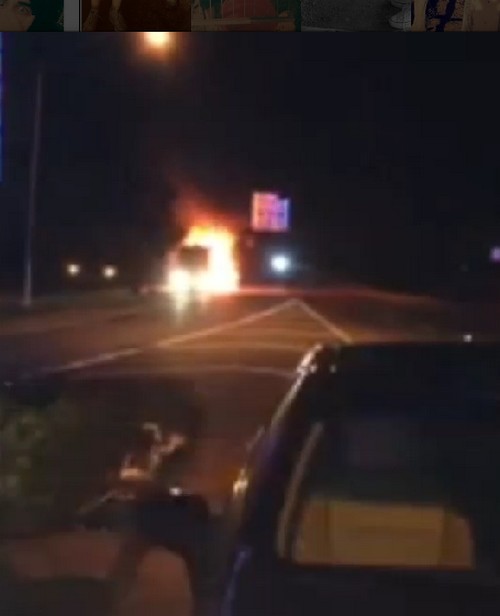 Miley Cyrus‘ tour bus just went into flames, according to a breaking story from TMZ. Not just a little bit of a fire that was put out, but the bus legitimately caught on fire. Miley’s sister, Noah Cyrus, has been updating the story all night with a series of Instagram videos.

She tweeted that no one was hurt, explaining, “Yes, everyone got out safe no one is injured what so ever!! everything is okay!!”

Miley, her sister, and their entourage were headed to New Orleans, where Miley was scheduled to perform tonight. I’m not sure that’s going to be happening anymore, considering Miley has to be pretty shaken up by this event. I mean, a bus going up in flames is not a common event, and I doubt they were prepared for it. While it’s fantastic that they got everyone out before anyone was seriously injured, we have to wonder about the cause of the fire. 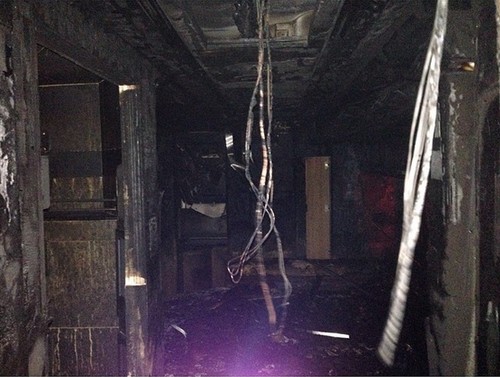 Miley Cyrus, enclosed spaces, smoking.… need we say more? It’s very possible that Miley and her group could have been doing drugs or smoking, and that ended up spiraling into an accident. However, if it was anything untoward like that, investigators would probably have found it traces of it by now. There’s also a possibility that it was cooking or candles, both of which are known to cause fires, especially in tightly packed spaces.

This is still a developing story, so we don’t know the full extent of the details or the damage to the bus. Right now, it’s all speculation, but what we know for sure is that the bus went up in flames and everybody on board is alright.