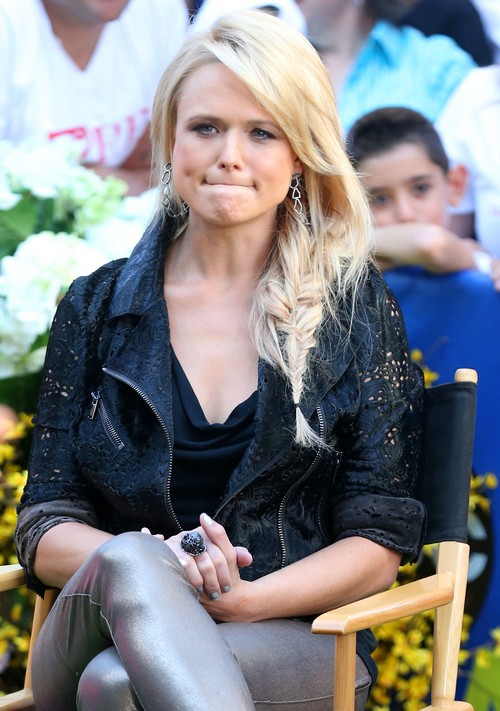 How many times are we going to hear about Miranda Lambert and Blake Shelton headed for a divorce? I suspect that we’re getting these leaked rumors at least every other month, lest we forget that Miranda and Blake ARE NOT HAPPY. No really, THEY ARE TOTALLY DIVORCING. I’m typing in all caps just in case there was someone who didn’t understand the gravity of this situation. I mean, two country music stars are probably cheating on each other, and one or both of them isn’t happy in their marriage? It’s shocking, I tell you. Shocking!!

Alright, let’s be serious for a second. In all reality, we have been hearing about Miranda and Blake getting divorced for the better part of two years. And usually, whenever there’s this much tabloid noise about a possible divorce, there’s always some truth to the gossip. I’m also starting to suspect that someone close to Blake and Miranda is leaking these rumors, just because they’re so consistent each and every time. This time around, Miranda’s and Blake’s problems are reportedly stemming from the fact that Blake revealed that he didn’t want to start a family with Miranda on national TV, not to mention the cheating rumors.

Blake was recently interviewed on the Ellen DeGeneres show, and he was asked about whether he would be ‘reproducing soon‘. Blake tried avoiding the question, but eventually said, “Ah…I mean…no!” Ellen was visibly surprised, but I can’t even imagine what Miranda must have felt at that point. She lost a ton of weight for him, she let his career take a front seat to hers, and she worked hard to keep their marriage together – and then he says that he doesn’t want to start a family on national television? I’m surprised she didn’t just divorce him on the spot.

A source tells the National Enquirer that Miranda was also angry because Blake was sending her mixed signals at home, revealing, “Miranda was absolutely floored! She believed the only thing to save their marriage was a baby – and now it’s not happening.”

Both Miranda and Blake are set to wrap up their tours over the next two months, which means it’ll all come down to how they feel about each other then. Will Miranda be able to let go of her bitterness and desire to start a family? Will Blake be convinced to have a baby? Or will they continue living separate lives and stay married on paper? Let us know your thoughts in the comments below.