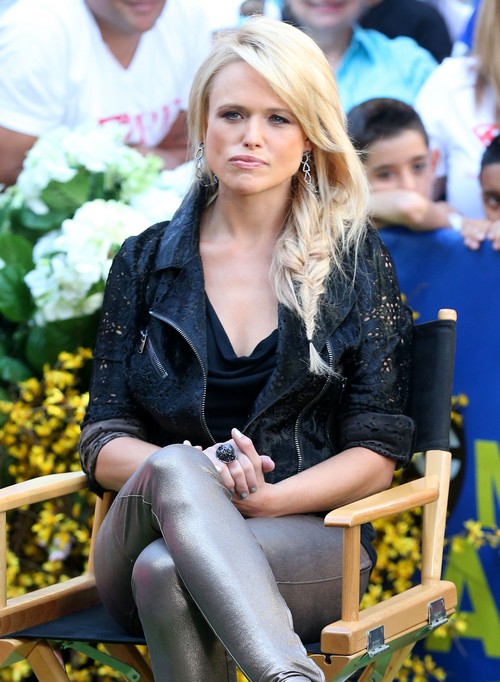 It’s not news that Miranda Lambert and Blake Shelton are having relationship issues. However, we’re starting to get an inkling of what those issues might be about, thanks to several tabloid stories on the matter.

Apparently, Miranda and Blake are constantly fighting over Blake’s drinking, partying, and cheating. It’s no secret that Blake can’t handle his liquor, and when he’s in Los Angeles to shoot The Voice, he’s often seen around town, hitting clubs with fellow Voice judge Adam Levine and surrounded by plenty of LA model types.

Obviously, that doesn’t engender any confidence in Miranda, especially since she barely trusts Blake to begin with. I mean, she reads his text messages, for goodness sake! She knows that Blake never tells her the truth about his partying and affairs, so she just has to resort to old-fashioned detective work to figure out what happened. Well, it turns out that she may finally be sick of doing that, if the latest cover issue of Star Magazine has any say in it.

Star’s source explains that Miranda tries her best to maintain a picture-perfect image to the public, with her and Blake often using Twitter and social media to deny the breakup and cheating rumors. I guess they haven’t realized by now that the more they deny the stories, the more they end up going viral.

Anyway, Star’s source explains that Miranda’s biggest issue is insecurity, whereas Blake’s biggest issue is that he can’t stop straying from his wife. Maybe they can work out something that’s mutually beneficial to both of them? Because at the rate at which the stories are progressing, they’ll be broken by the end of next year.