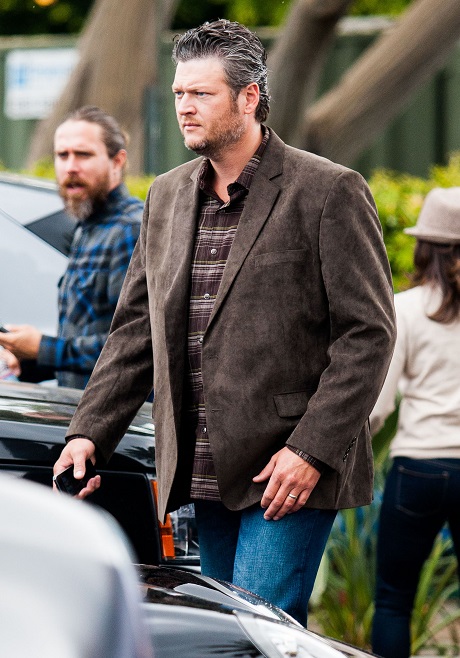 Blake Shelton and Miranda Lambert were extremely touchy-feely at the CMT Awards, perhaps realizing that the divorce rumors weren’t going to stop until they made an effort to seem like they were happily married. But instead of working, all the PDA did was enforce the rumor that their marriage was teetering on the edge of a nasty divorce.

Look, we don’t actually know if Blake and Miranda are unhappy together. But their over-the-top affection and constant posing for the cameras definitely suggested that they knew they were being watched, and they put on a show for our sake. Of course there is no doubt the couple are happy about Miranda’s new album ‘Platinum’ coming out to rave reviews!

Plus, they’ve already taken the pains of publicly commenting on their relationship status, and denying that there’s anything wrong with their marriage. For all we know, they’re telling the truth – but if that’s the case, why comment on it? Why work so hard to make sure that we know they’re happy? Of course there have been rumors that Miranda wants a child and to get pregnant but Blake is refusing.

There’s also the fact that we’ve been hearing rumors of Blake’s drinking and partying getting out of control recently, and Miranda’s reportedly extremely unhappy with that. She’s worked so hard to lose all that weight, and Blake continues to go in the other direction with his drinking? Yeah, it doesn’t take a genius to figure out why they would be fighting.

Anyway, there’s little to no possibility that we’ll be hearing anything concrete in the next few months, but it’ll be interesting to keep an eye out for any more rumors concerning them. With these sorts of allegations, the public always finds out the truth sooner or later.