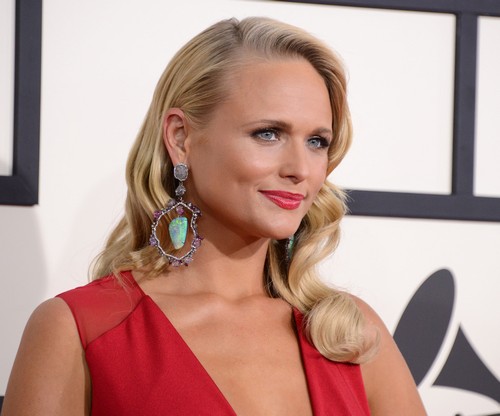 Miranda Lambert and Carrie Underwood both seem to be very popular in the media world of imagined celebrity feuds, and the latest story from the National Enquirer has them pitted against each other.

Whether the Enquirer is making it up [likely] or not, the basis of this feud seems to be that both Miranda and Carrie are country singers, and both have demonstrated diva-ish behavior in the past. Despite the fact that both of them have publicly praised each other recently, and have worked together in the past, the Enquirer claims that their careers and recent successes have put them on a crash course to collision, helped along by jealousy and media manipulation.

Eh. Are either Carrie or Miranda interesting enough to warrant a made-up feud? Seriously though, while I wouldn’t be surprised to find out that Carrie and Miranda were engaged in catty behavior with other people, the two seem genuinely supportive of each other – a rarity in the music world, especially the country music world. It’s actually a bit sad that the Enquirer seems determined to start a feud between them, as this isn’t the first time the outlet has alleged of problems between the two singers.

However, as audiences, let’s refuse to partake in nonsensical Enquirer gossip and see Miranda and Carrie as two successful singers who have a healthy friendship built on mutual admiration and respect. Or you know, take the gossip route and think about all the things that they could possibly be feuding about, i.e. husbands, careers, performances, chart positions, etc.