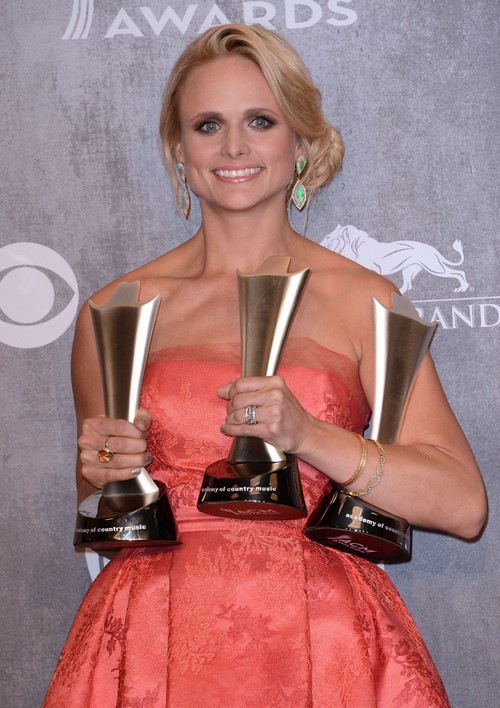 Is Miranda Lambert pregnant? When she announced that she would be taking a break from touring, many people raised their eyebrows. After all, she’s more popular than she’s ever been, she’s more successful than she’s ever been, and she wants to take a break….? I’m not sure how financially viable that decision is, and unless she had a good reason for it, I don’t think her management would have gone for it.

So let’s say that she did have a good reason for it. It’s obviously something that’s not debilitating or tragic, because we would have heard about it by now. That leaves pretty much one option – pregnancy. Keep in mind that Miranda has lost a ton of weight over the past six months. While we initially assumed it was because she wanted to impress hubby Blake Shelton, it could have also been due to other health reasons. For example – a pregnancy.

Miranda’s not exactly old, but many women who are overweight like Miranda was, lose weight to increase their chances of getting of having a healthy pregnancy. It’s very possible that Miranda saw multiple benefits in losing all that weight – both keeping Blake interested and increasing her ability to have an easier pregnancy. Plus, having a child with Blake will also calm him down a lot, she hopes, perhaps keeping him at home more often and spending less time partying in Los Angeles. It would certainly explain why she would need a break from tour – that schedule and the lifestyle of going on tour isn’t exactly conducive to getting pregnant or having a healthy pregnancy.

However, there’s also the chance that Miranda’s already pregnant. Obviously, you cannot go on tour when you’re pregnant, but then again, she’ll be returning to the stage during the summer. Perhaps she’s hoping to get pregnant by then, and thinks that going on tour after getting pregnant won’t take a toll on her body? Unlikely, but there’s definitely more to it than Miranda’s saying. It’s simply not fiscally responsible for her to take a break right now, and it’s not beneficial to her career either. But alas, we’ll just have to wait and find out.