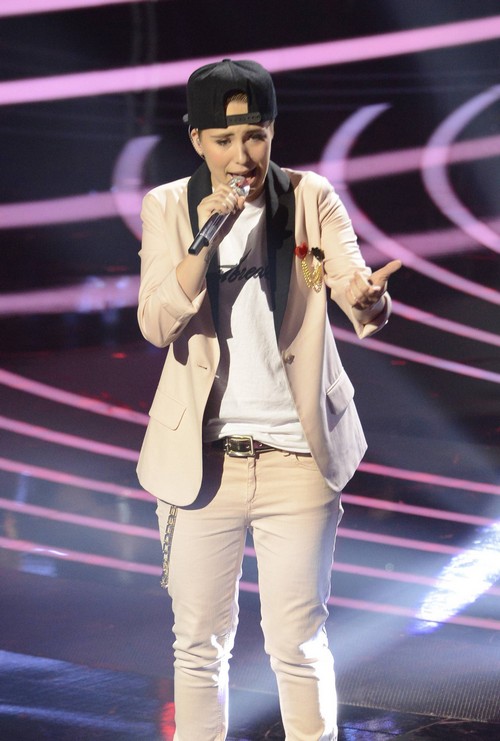 Tonight on AMERICAN IDOL the Top 12 finalists performed songs perform songs that spoke to their “Home.” For her song MK NOBILETTE sang, “Drops of Jupiter” by Train.  Just in case you missed tonight’s show we have you covered and you can read our full and detailed recap here!

Judges comments on tonight’s performance:  Keith – “I love that song, I think it was a good song choice.  You have to keep working on connecting how you look with how you sing.  Just from a visual point, if you’re not going to play the guitar then sling it behind you.” Jennifer – “I though that was a nice song for you, but it wasn’t a break out performance.  I know you’re pushing I heard you belt out and I wasn’t expecting it.”  Harry – “I’m getting the feeling that you don’t want to be here.  Look at yourself in the mirror, videotape yourself, work on the things that are hard, and you will improve.”