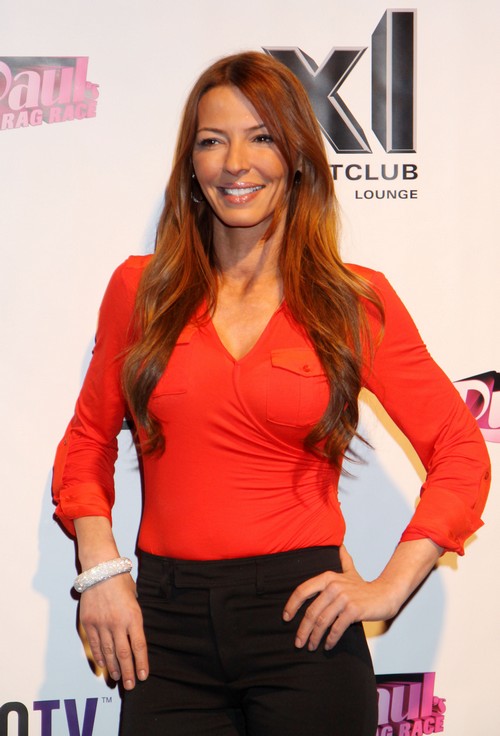 As we have watched Mob Wives over the last few seasons, Drita D’Avanzo has begun to make a name for herself. She is a badass! Drita fights for what she believes in, and doesn’t back down to anyone! Or, so we thought. Despite Drita’s tough (and a little scary) exterior, there is one person that she will never stand up to, her husband Lee D’Avanzo.

Although we never actually see Drita’s husband Lee on Mob Wives, we hear him yelling at her and swearing at her on the telephone all of the time. According to our exclusive Mob Wives source, Drita and Lee’s relationship is far from perfect, and she is merely with him because she has to be – in fact Drita is a cheater. Lee was incarcerated for the majority of time during the Mob Wives series, and during that time Drita actually had a boyfriend named Marc.

Marc and Drita didn’t just go on a few dates while her husband was in jail, they were actually in a serious relationship for three years! According to our source, “Drita marched up to jail to tell Lee about her and Marc who she was with for 3 years while still married to Lee and was about to leave him. Lee nodded and had him beat up so bad he was put in the hospital for 2 weeks. Needless to say Drita went back to Lee.” Drita’s husband Lee seems scarier than Drita!

So, Drita D’Avanzo is not the tough girl she portrays on Mob Wives. It sounds like she is actually trapped in a relationship with a pretty scary guy. Are you as shocked as we are to learn that Drita is not as badass as she claims to be? Let us know in the comments below!