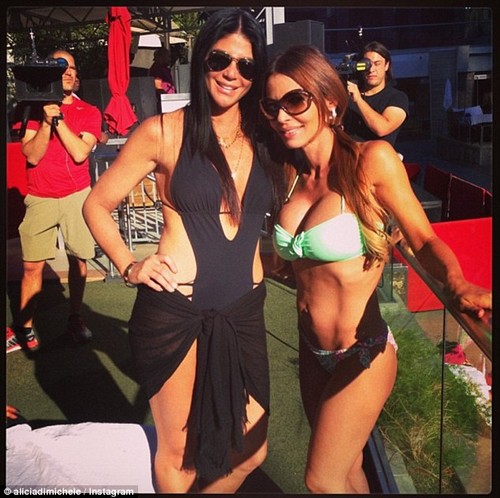 On Mob Wives: New Blood we have watched Alicia DiMichele get put through the ringer this season. After the reality star learned her husband Eddie “Tall Guy” Garafalo was “cooking the books,” she was actually brought up on similar charges. As if raising her children alone while her husband sat in prison wasn’t stressful enough, Alicia discovered that her husband Eddie had been unfaithful to her before he was incarcerated.

We all felt for Alicia on Mob Wives: New Blood when we watched her discover Eddie’s infidelities. But, a source close to the Mob Wives star has confirmed that Alicia DiMichele was not the heart-broken victim we all thought she was. Alicia actually had committed some infidelities of her own, long before she knew Eddie Garafalo had cheated on her.

When Alicia’s husband Eddie went to prison, a close family friend, Rob LaScala stepped up to the plate and promised to “look after Alicia.” And he did, he even went above and beyond, and began a steamy affair with Alicia DiMichele.

While Alicia DiMichele was being portrayed as a victim on Mob Wives, she was actually the complete opposite. Alicia recently implied that Carla Murino was trying to steal her husband Eddie, when in reality Alicia was out stealing another woman’s husband! Family friend Rob Lascala has a wife and kids of his own!

Although Alicia tried to “set the record straight” and deny claims of her alleged affair with LaScala, a Philly restaurant owner, our source is telling us that is not the case. DiMichele didn’t discover Eddie’s infidelities until she listened to the tapes of his phone calls, and the affair with LaScala began long before Alicia was handed over tapes of her husbands’ phone calls.

Are you as surprised as we are about Alicia DiMichele’s affair? She seemed so sweet and innocent on Mob Wives: New Blood! 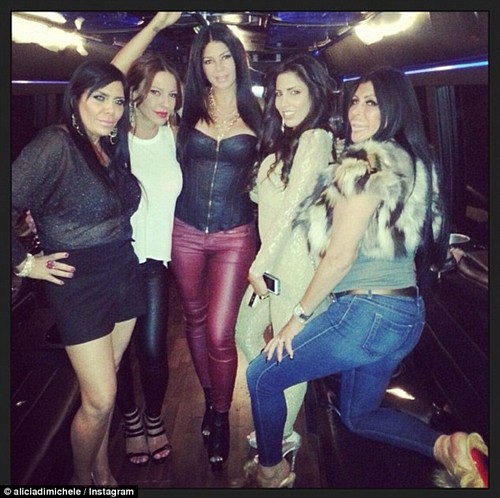