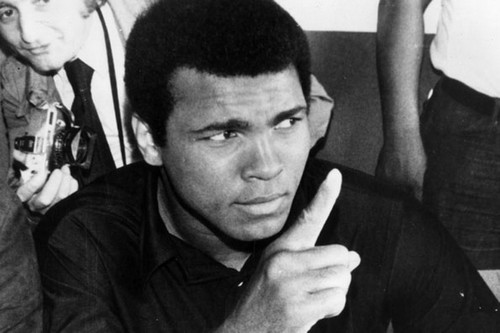 Muhammad Ali, 72, was hospitalized Saturday night with what sources are saying is a mild case of pneumonia. A spokesman for the boxing great, who suffers from Parkinson’s disease, said the he is expected to recover without complication as they were able to catch the pneumonia early on. He goes on to say that he is in stable condition and that the prognosis is good, reports People Magazine.

Ali’s daughter Laila Ali tweeted on Sunday that her father was doing well, thanking fans for the positive thoughts and support. Ali was last seen at a ceremony in September for the Muhammad Ali Humanitarian Awards where he posed for photos with award winners, but refrained from speaking publicly. The three-time boxing champ retired in 1981 from his stellar boxing career, devoting his time to humanitarian causes, even earning the Presidential Medal of Freedom from former President George W. Bush in 2005.

Ali and his wife Lonnie have several homes but spend most of their time in Phoenix, Arizona. The couple founded the Muhammad Ali Center, an award winning museum which celebrates the life of the boxing legend. Ali’s spokesperson did not share the location of the hospital at press time.