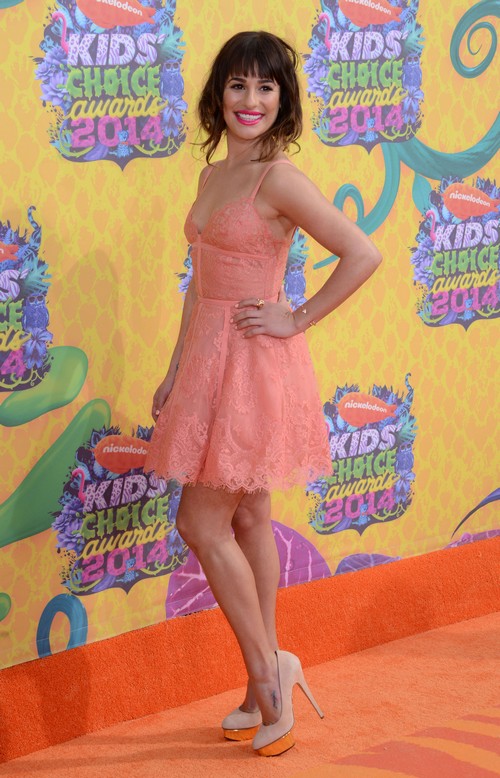 According to several new reports, Naya Rivera has been fired from Glee. Just a couple of days ago, rumors of Naya’s feud with Glee castmate Lea Michele went viral, and it looks like the fighting reached such a point that the show’s producers could no longer ignore it. Unfortunately for Naya, it’s clear that the network is taking Lea’s side in this issue, as Naya has been axed from the show.

Sources close to the production have confirmed the news to various outlets [as reported by Page Six], and they’ve also added that Naya is being written out of the Season 5 finale of the show – even though she was originally in the finale, along with several returning cast members.

The feud reportedly began with the two actresses ignoring each other on set, with an US Weekly source adding, “They’re always icy to each other. Naya is jealous that Lea is the show’s main star. They talk behind each other’s backs — a lot. They hate each other.”

It’s easy not to take sides in this situation since we don’t know the full story, but honestly, Lea Michele IS the star of the show. Naya can be jealous all she wants, but starting a fight with a co-star who just lost her boyfriend a few months ago? Plus, Naya’s been going through quite a few lifestyle changes, and I’m guessing the network was a bit nervous about that as well. For one, she’s gotten so much plastic surgery [both on her body and face] that she no longer resembles the character she plays on Glee. Seriously, her lips are different, her nose is different, her cheeks are different, and even her eyes look different. How are they going to explain that on the show?

Plus, she just broke up with her fiance, Big Sean, so I’m guessing it’s not just Lea Michele that Naya has been fighting with. But alas, Naya really should have thought twice before acting out, because now she’s out of a job.

What does this really mean? Is it a response to protect FOX from Naya’s lawyers? Will Naya be appearing on the final season of Glee – we won’t know until formal casting announcements are made in a few weeks. Bet that Naya will not be returning to the show.