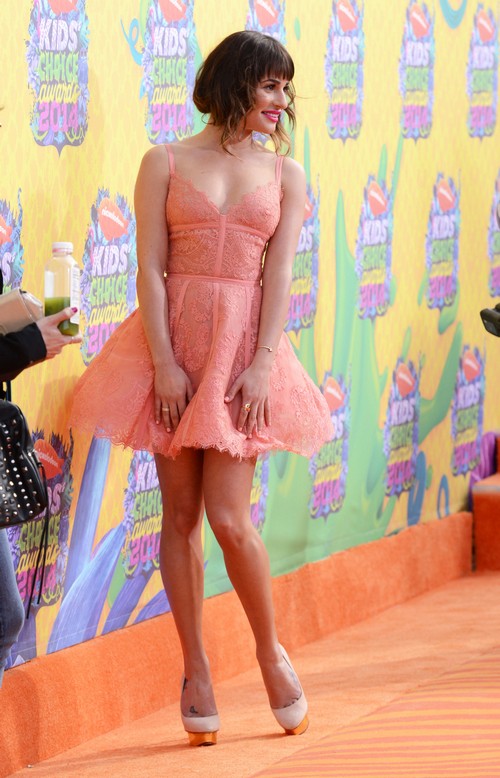 We have heard so many stories about Lea Michele’s diva antics over the past few years that it has made it kind of hard to believe that they aren’t legit. When several people that haven’t met tell a similar story chances are it’s true and rumor has it that Lea is a self absorbed nightmare on set. And let’s not forget her off-set behavior. On Tuesday she selfishly decided to deal with some personal business while filming GLEE and kept her costars and other people waiting to film a scene.

As it turns out, Naya Rivera – who isn’t exactly having a great week herself, after being dumped by Big Sean – was so pissed off at Michele’s repulsive behavior that she dared to speak up. Naya actually went to producers on behalf of the cast and crew to complain about Lea’s holding up production, according to TMZ.

What happened after that gets a little unclear and it also depends on who you ask. Naya’s people claim that once Lea graced the set with her presence again she stormed out after realizing that Naya had gone to the brass to bitch.

Of course Lea’s team tells a different story, planting the seed that Naya may have actually been fired on Tuesday.

Who is telling the truth is anyone’s guess but my bet is on Naya diming Lea out and then Lea gunning for her job. Would Lea think she has the power to get her costar fired? You betcha? Does she actually carry that kind of weight on the Glee set? I guess we’ll find out soon! What do you think really happened after Naya spoke up? Tell us your thoughts in the comments below!