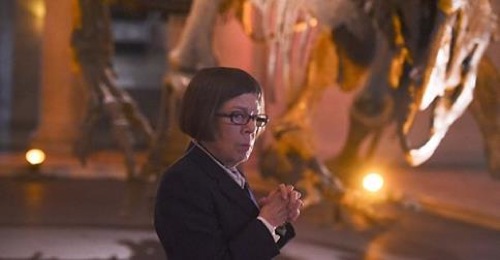 Tonight on CBS NCIS: Los Angeles continues with an all new Monday October 13, season 6 episode 3 called, “Praesidium.” On tonight’s episode the NCIS: LA team takes action to protect one of their own while being interrogated by the Department of Justice.

On the last episode, LA team discovered that one of their own was compromised when they investigated the murder of a Navy contractor involved in illegal transactions of confidential data. Meanwhile, Hetty was under investigation in Washington, D.C., when the Department of Justice arrived in L.A. to investigate the team. Did you watch the last episode? If you missed it, we have a full and detailed recap right here for you.

On tonight’s episode the NCIS: LA team takes action to protect one of their own while being interrogated by the Department of Justice. Meanwhile, Nell goes undercover as Hetty, and Director Leon Vance gives Hetty disturbing news while she is in Washington.

Tonight’s episode continues with the fallout caused by Hetty. Hetty had previously funnel government spending money and used it to pay off a group of well-known terrorist. She did it to recue one of her own and technically she was acting within the bound of her authority. But, those who have waited to take her down now have their golden opportunity. One they’re going to milk for however much its worth.

Hetty is currently stuck in Washington and the Department of Justice is doing their best to find fault in her actions. Meanwhile, with Hetty out of commission, the department has sent in someone to question her team. And Chief Investigator Ava Wallace wants to find dirt on Hetty. So far the team have been doing their best to derail her investigation.

They aren’t complying. As in they’re refusing to sit down for their interviews with her!

But something else besides the annoying investigator eventually grabbed their attention. A couple of men had broken into one of Hetty’s homes. Hetty apparently sleeps in a different house every night in order to throw off anyone looking to target her but recently her home was listed on the black market. So someone out there is actively pursuing her.

Callen and Sam are trying to neutralize the threat to Hetty. The team as a whole is investigating who’s after her. Yet, while they were busy doing that, someone might have targeted their friend. Hetty collapsed in her meeting with the Department of Justice. And let’s face it Hetty has never been frail!

Although the collapse was later revealed to be part of her ruse, her team was still left in the dark when they continued to hunt for whoever was after their friend.

Yet Wallace kept interfering. She cornered poor Eric and made him sit down for an interview. So he got his own and made the interview as drawn out as possible. Then when Wallace got to Sam in the middle of an operation – he decided to teach her lesson. He took her on potentially dangerous car chase. Said if she wants to ask him questions then now was the time.

Safe to say the interview did not go well. Which pretty much best describes the forensic audit in general. Wallace didn’t fly out to LA to get a clear picture – she was given scapegoat and was told to find information to back that up. And that’s why the team doesn’t want to cooperate with her.

They’ve even taken to hiding outside of the office in order to avoid her. But she has been given special powers of authority. Meaning she can legally arrest and detain any of them if she so chooses. And that’s exactly what she had did to Callen. Though he chose to escape rather than pander to her whims.

Wallace was left alone with Blye while the rest of them set up a sting for would be kidnappers. So Blye couldn’t dodge answering some questions. Wallace had wanted to know why she left the safety of the base. According to Wallace, that was incredibly stupid of Blye and none of what’s going on would have happened if Blye had merely chosen to use common sense.
Blye is blamed for her own capture and for the consequences that happened afterwards. Hence after their meeting, she quite honestly needed Deeks to be the strong one in their relationship.

As for Hetty, she escaped the “tribunal” because she wanted to see what was going on for herself. Her personal security guard was killed during the break-in at her house and so she couldn’t sit this one out. But help unknowingly arrived just when she needed it.
It seems this entire investigation into her actions was led by Leon Vance. He had wanted to protect her so he found a way to get her to leave LA. People are trying to get to her like they always are but this time there’s a leak from inside her office. That’s how they were able to find her house.

Leon knew about the leak for some time and yet he’s only now telling Hetty about it because it’s too dangerous for her to go back. And with Hetty out of danger – the situation back home is only going to get worse.

Her team barely survived the sting they had set up. And when that was all done with that they then heard from Eric that Matthias is back in the country. Apparently, all of Hetty’s enemies have heard about the blacklist with her address and no one could resist the temptation.