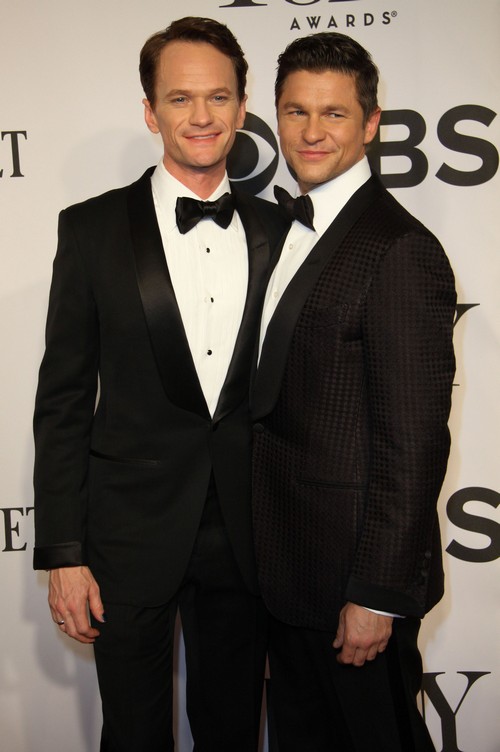 Neil Patrick Harris and David Burtka are married! The longtime partners wed on Saturday, in a castle in Perugia, Italy. The ceremony was reportedly officiated by Pam Fryman, one of the producers on How I Met Your Mother and a good friend of the couple. The guest list was small and intimate, but Elton John and Kelly Ripa were both guests, and I’m sure some of Neil’s HIMYM co-stars were also in attendance.

Neil broke the news on his Twitter this morning, sharing their wedding photo and writing, “Guess what? @DavidBurtka and I got married over the weekend. In Italy. Yup, we put the ‘n’ and ‘d’ in ‘husband.’”

It’s about time, right? The couple got engaged in 2011 after same-sex marriages became legal in New York, and they’ve been together for more than ten years. They have two children together [3-year-old twins, Gideon and Harper], and although several tabloids claimed there was a growing rift between the two, this wedding proves that those tumors weren’t true.

The fact that Neil broke the news via Twitter is notable, considering that most stars of his status tend to go to People or the Associated Press. But Neil has always been very active on Twitter, and he probably figured that he would tell his fans directly as opposed to them finding out over leaked photos and such.

Kelly Ripa revealed some details from the ceremony on her morning show, Live! with Kelly and Michael. She called the ceremony ‘beautiful‘, and revealed that Elton John performed at the wedding and told the audience, “You know many many years ago this would not be possible, and we are so thankful and grateful to everybody for supporting us and our families.”

Times have definitely changed, and it’s great news for David and Neil. Congratulations to the happy couple and their family!