Nelly Breaks Up With Tae Heckard, Rekindles Romance With Ex Ashanti – A Disaster Waiting To Happen? 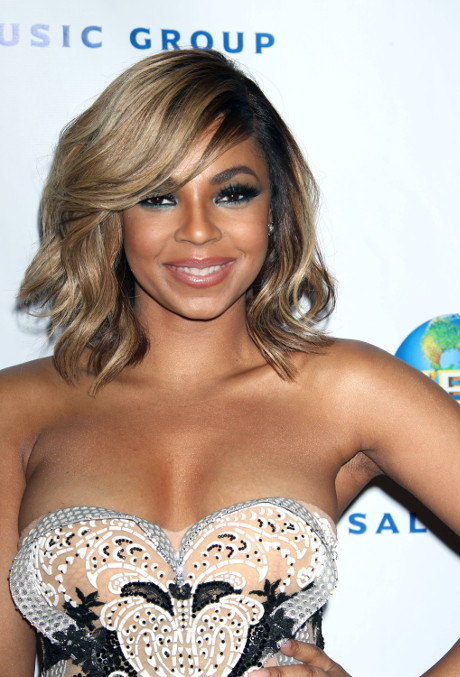 Was Ashanti’s Braveheart a self-titled album? Let’s hope so, because she’ll likely need that title now. As Media Take Out (MTO) reported on January 29th, Nelly has reportedly broken up with Tae Heckard, the woman said to have been instrumental in Nelly and Ashanti’s breakup, and is back on with his lady love of 9 years, Ashanti. The two have been spotted together again, and Ashanti is again wearing Nelly’s chain…the one Tae briefly wore! Is this his way of marking his territory?!

Many have expressed concern about the couple’s rekindling. It seems those “in the know,” as well as a gaggle of fans, are guessing the couple MTO described on January 31 as a top “Hip-Hop Couple” consisting of a rapper and an R & B singer getting back together, despite their abusive past, is none other than Nelly and Ashanti.

While MTO does not confirm who the couple is, they go on to share the information an industry insider shared about the two, claiming the singer is volatile and has a bad temper. If you look at the history of these two, it makes sense. Nelly, 39, has battled rumors for years about his gambling, steroid, and drug addiction. He has also fessed up to cheating on Ashanti but sources report Nelly finally ended their 9 year union in 2012 because he could no longer deal with the rumors of Ashanti cheating on him.

Bossip reported that word in the industry is that Ashanti has had relations with the likes of Jay Z, Nas, and producer Chink Sanata, to name a few. She was upset by the fact that he made a big point in an interview to say he’d never get “pushed into” marriage by anyone. After waiting so many years, and going through all the ups and downs with him, she likely felt the urge to show him she didn’t need him and she could find another man to make her happy. That may have pushed Nelly even more over the edge! If that wasn’t enough, rumors swirled that, despite his fame, he was broke enough to owe his girlfriend over $500,000!

Obviously there some type of abuse occurred between the two, as Ashanti confirmed it during an interview when discussing her song “Scars.” She states that the two have scarred one another and that she does have scars from Nelly, but quickly attempts to set the record straight and cover her bases by stating that “it was not the physical kind.” That comment followed the description of their breakup where she explains that there were things in the media, some things that were not…and some things that should not have happened in their relationship that did.

Nelly’s abuse of drugs, money, and women was in the spotlight in 2011 when his alleged former manager, Slim, went on a Twitter-frenzy against the rapper, making some very serious allegations. MTO had posted screenshots of the posts at the time. Slim claimed that Nelly needed to seek help for his gambling and drug addiction. He called him out by confirming he had several emails from the rapper that backed up his story of Nelly hitting rock bottom, having almost no money to his name.

He claims Nelly would come by his house late at night begging for money for drugs. While some may say he was retaliating for being fired by Nelly, others believe him fully. Nelly threw away so much money on bad habits, and all but sank his own career. Nelly, shortly after, denied all of Slim’s claims, even denying he acted as Nelly’s manager, saying that he should have gotten credit for “making him” and getting him off the streets.

With a list of heartbreaking songs including titles like “Scared,” “Scars,” and “Never Should Have,” it seems apparent this love was full of drama, hurt, and pain. So was that cocktail of drugs, steroids, financial issues, and his girlfriend’s rumored cheating what made Nelly snap? Is Ashanti putting herself back in harm’s way by allowing Nelly back in her life? Are we seeing the abusive cycle of an abused woman taking back her abuser, failing to see how dangerous he is? Weigh in CDLers! Tell us what you think about this match-made-in-Hell and Ashanti’s decision to take Nelly back.