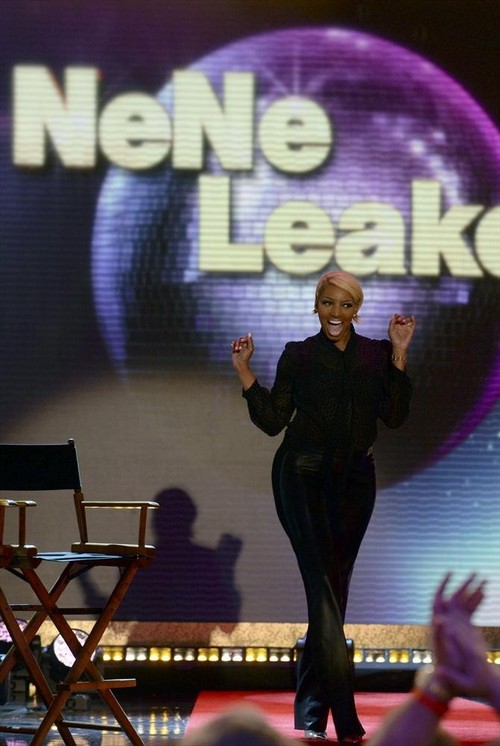 Real Housewives Of Atlanta star  NeNe Leakes danced a Cha Cha Cha, on tonight’s season 18 premeire of Dancing with the Stars. For the first time ever the show will premiere with a massive opening number featuring all pro dancers as they perform live with musical guest Jason Derulo.   We posted a nifty bio of NeNe Leakes so you can get more familiar with her.  If you missed tonight’s show you can read a full and detailed recap, right here.

NeNe Leakes and professional dancer Tony Dovolani: dancing a Cha Cha Cha.  NeNe has been getting ready for her dance tonight.  She tweeted, “Tune in 2NITE! #DancingWithTheStars at 8pm on @ABCNetwork DON’T BE LATE, I will be dancing first! To Vote, call 18008683401”

Judge’s comments: Len: “Nina I tell you what that is the way to get the party started.  It was like an all you can eat buffet of fun and entertainment.  Great start, well done!”  Bruno:  “That is my kind of girl, I feel you have so much to give.  I love your energy.  Good to see you girl.”  Carrie Ann: “Are you crying, what is going on.  Are you okay?  Why are you crying. You this incredibly larger than life personality.  Your a big large voluptuous women I want you to dance bigger.  I want you to give more.”