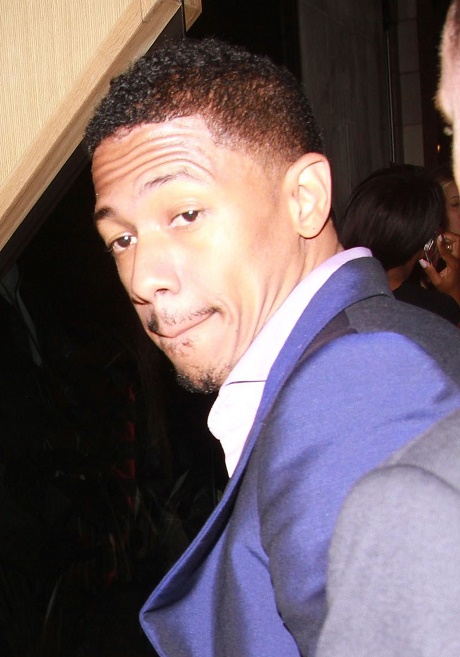 Nick Cannon and Amber Rose are clearly dating, but both are in the middle of messy break-ups and divorces with their respective partners, Mariah Carey and Wiz Khalifa. Despite numerous sightings of Nick and Amber together since they announced their break-ups, and dozens of sources who claim the duo is dating, Nick and Amber continue to deny rumors that they are hooking up.

According to the November 10th edition of OK! Magazine, “The romance between Nick Cannon and Amber Rose is getting serious, even though they are both in the middle of nasty divorces. On October 16, Amber hosted a party at the Beverly Hilton – and Nick showed up via the back door. The next night, the pair shared a date at a Halloween themed amusement park. Then, on October 21st Nick threw Amber a surprise bash in LA’s Studio City for her 31st birthday.” The magazine’s inside source goes on to explain, “They’ve been trying to keep it as hush-hush as possible, but they keep cozying up to each other at events.”

Well, Amber and Nick are epically failing at keeping their relationship “hush hush.” If anything, the more they deny it and try to hide it the more obvious it becomes. When you’re in the middle of a divorce, the last thing you want is for your ex to get wind of you being in a new relationship – so we totally get why Nick and Amber are trying to keep their relationship under wraps, to prevent their divorces from becoming more complicated. But, c’mon, they’re superstars and they are delusional if they thought they could keep this a secret.

So, what do you think of Amber Rose and Nick Cannon hooking up? Is it too soon – since they are both still technically married? Should Nick drop Amber and try to work things out with Mariah Carey? Is there a chance that they really are “just friends?” Let us know what you think in the comments below!